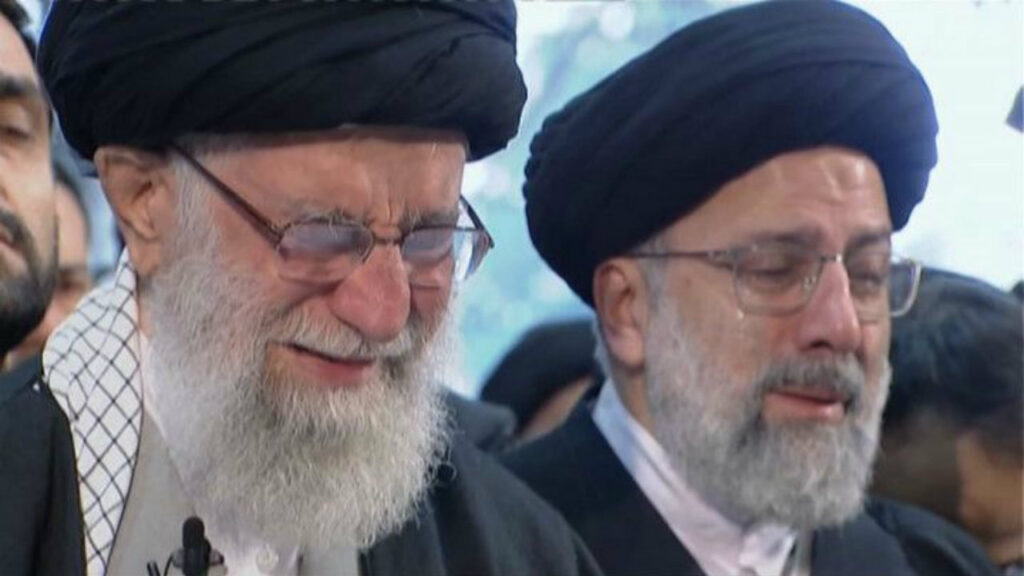 Do You Really Know Who Qassem Soleimani Was?

What many may not know about the deceased General Qassem Soleimani is the dreadful impact he had on the civil war in Syria when, on orders from Ayatollah Khamenei, he fought alongside Chemical Assad to crush the Syrian people rising against a tyrant. In brief, barbaric Soleimani murdered tens of thousands of Syrian civilians using medieval-type tactics like starvation, rape, and torture of innocent women and children. Do you really know who Qassem Soleimani was?

He is the architect of an ethnic cleansing campaign that resulted in millions of Syrian refugees fleeing the country. If you really want to know evil, get to understand Soleimani’s history as a terrorist. Only terrorists like him shed their tears for his barbarism.

TRUMP IS A HERO FOR KILLING THIS TERRORIST

Everyone who knows the trail of death Soleimani left behind him knows that taking him out served all humanity. Trump is a hero for targeting and killing him, and we believe the whole region is better off without him, which is why the supreme terrorist Khamenei cried at his funeral. Without Soleimani, Khamenei’s plans for the region slow down considerably. Why? Because Soleimani was irreplaceable as his agent of death and destruction.

“Without Soleimani, Assad may have lost control of the people regardless of the Russian military campaign to save him.”

All of those politicians, domestic and international, crying foul don’t want you to know who Soleimani really was. If you did, you would agree with President Trump’s policy of dispatching him to Valhalla. To meet the same hell he administered while alive, we hope. His death positively matters in ways you can only imagine if you are a peaceful person. Or if you believe peace in the Middle East can only be achieved by eliminating the men who deliver the violence.

The world just about now knows well that Assad is a psychopath who gasses his own people, who drops barrel bombs on women and children in markets and hospitals, and whose torture dungeons are fitted for a retro visit of the Spanish Inquisition. But did you know that the methods Assad has adopted have been at the suggestion of men like Soleimani?

The war has killed or retired most of Assad trusted men who protected his realm. Men like Jamil Hassan, Rustum Ghazali, Mohammad Nassif Kheirbek, Assef Shawkat, and many more. Without them, Assad became exposed and shaky. But in their shoes steps in Qassem Soleimani whose advice and tactics Assad adopts quickly to maintain his grip. Without Soleimani, Assad may have lost control of the people regardless of the Russian military campaign to save him.

In this case, think sarin, barrel bombs, and the torture dungeons. All of them Soleimani concocted to recapture the control he believed Assad needed to win the war. Without Soleimani, Assad may very well be six feet under by now.

That’s just in Syria. It takes more than a book to write about Soleimani’s deeds and the horror tactics he practiced in Lebanon, Yemen, and Iraq where he ruled supremely.

So forgive the ignorant who don’t know who Soleimani was. But those in the know cannot but thank President Trump for his triumphal and bold move.

Do You Really Know Who Qassem Soleimani Was?