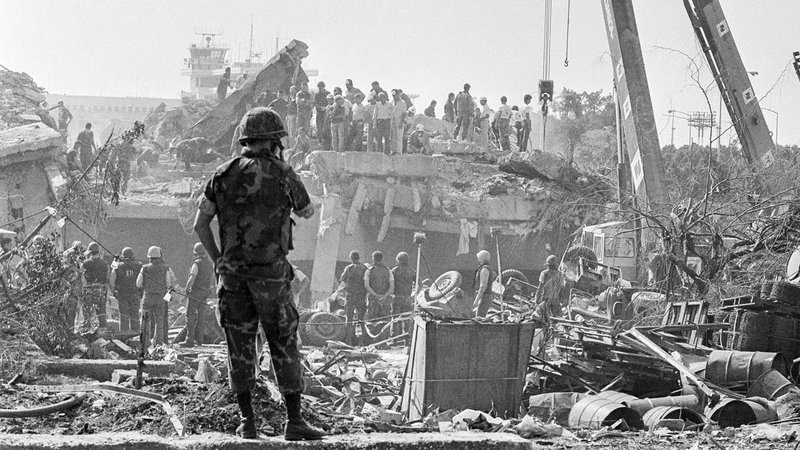 January 6, 2020 4:51 am 0
The Lebanese Are In Disbelief Over The UN Hariri Verdict
Barbaric Hezbollah is Turning Lebanon into a Mini Iran
Between Spilling and Containment of the Syrian Civil War

In the aftermath of the United States taking out one of the most violent terrorist in the world by targeting and killing General Qassem Soleimani, maybe it is time to assassinate Hezbollah leadership as well. Getting the world rid of heads of Iranian proxies makes it a bit safer for the U.S. troops in the Middle East.

Fear of death, regardless of who the target is, might be our biggest antidote to terror in the region. When a proxy leader like Hassan Nasrallah of Hezbollah knows that he can never be safe ever again, he might recalculate and re-calibrate his priorities. After all, who wants to die with four young wives perfuming his home?

With Soleimani and al-Muhandis gone, Nasrallah must feel a twinge in his chest every time he embarks on following Iranian orders. The terrorist behind killing thousands of Syrians, hundreds of Americans, and Prime Minister Rafik Hariri of Lebanon must never rest as the United States looks for ways to take him out as well. His departure would repudiate any excuses to go to war in the future.

“The less high-profiled and capable terrorists exist, the less the reasons to wage wars”

Just think how much safer our allies would be, which would ease tensions and diminish the reasons the United States must consider to go to war again. It’s that simple. The less high-profiled and capable terrorists exist, the less the reasons to wage wars. If you think the death of Soleimani increases the odds of going to war, then you are politically short-sighted. Literally speaking. Consider that the grand terrorist Khamenei, as much as he pounds his chest, in reality runs a third-world country. One that is highly vulnerable to U.S. sophisticated weaponry. Why would Khamenei risk his tenure and life then?

The millions of Americans who support President’s Trump actions are silent. So are the millions of Iraqis happy to see Iranian power diminish with Soleimani’s death. In that regard, one can go down the list of every Arab country. Lebanon, Saudi Arabia, UAE, Kuwait, Jordan, Egypt, and of course Morocco. All and many more are ecstatic to see Soleimani roasting in hell. We say don’t let those thousands of mourners in Iran fill your head with wide-spread anti-Americanism. The silent hundreds of millions who support Trump’s action are what counts.

“Why is the United States so willing to go after Osama bin Laden and not Hassan Nasrallah whose hands drip with the blood of U.S. Marines he helped kill in 1983 in Lebanon?”

Now imagine the silent millions more standing up for the United States if President Trump targets Hassan Nasrallah. Millions in Syria. Millions in Lebanon. And certainly millions in Israel where Hezbollah poses its biggest threat. A Hezbollah without Nasrallah would become like a hyena facing a pride of lions. Paralyzed by fear and certainly far more calculating with its threats and actions.

Why is the United States so willing to go after Osama bin Laden and not Hassan Nasrallah whose hands drip with the blood of U.S. Marines he helped kill in 1983 in Lebanon? Why not kill Soleimani when we go after IS al-Baghdadi? Soleimani played a major role in killing U.S. Marines in Iraq during the war.

Why should we give the terrorists backed by Iran a break? Good riddance to Soleimani and al-Muhandis. The region is better off without those two terrorists plotting for their next act.