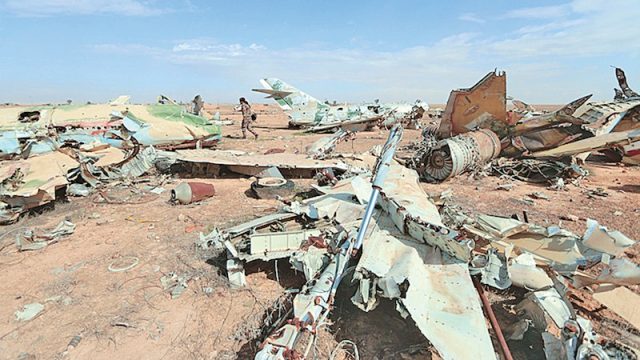 January 23, 2018 9:54 pm 0
Diplomatic Solution for Syria is Impossible Without Assad on Trial
Lebanon arresting Syrian moderates
Not the Uterus of Queen Jarrett

Recently, the butcher of Damascus Baschar al-Assad has launched a new chemical campaign against his own civilians. Some countries should be forbidden from having certain military capabilities. With North Korea and Iran, it is all about nuclear weapons. With Syria, it is all about chemical weapons. Destroy Assad air force for using chemicals against women and children.

If America does not punish Assad severely for this attack, it would embolden him to use his arsenal against other people under different circumstances in the future. Assad must know that the use of chemicals is punishable by the world community. Hopefully, the advisers around the president have enough common sense to concur.

The world has never had to deal with a mass murderer, protected by a nuclear thug, with repeated chemical attacks against civilians. Saddam made the mistake once and paid for it with his life. Assad keeps repeating his chemical attacks and the world has yet to take him seriously to resolve the inclinations of this mad man to commit mass murder. His crimes against humanity must be punished for the last time. There is absolutely no political convenience one can think of to trade for in the future for ignoring Assad crimes.

On the other hand, one must also consider that the Russians, fully backing Assad crimes against civilians, must have beefed up their defensive measures against any further attacks, like the one rightly delivered against Assad air force in April of 2017.

It is possible, Putin is daring the US to attack again after setting up a trap. It would take a military expert with access to sensitive information to assess how easy or how less easy it is today to strike Assad’s military assets. The last our military wants is Putin showing off a destroyed Tomahawk, which was intercepted, or even worse, a U.S. Air Force jet scattered on Syrian soil.

It is almost certain that the Pentagon is aware of the risks. Less certain though is the will to punish Assad using U.S. military superiority to its fullest. After all, we all know the US arsenal includes stealthy missiles and aircrafts.

It was during the Obama era that we saw Assad deliver chemicals and go unpunished for it for the longest time by the wimpiest U.S. president ever. Who could ever forget Barack Obama’s red line he smoked faster than he could puff a joint?

We must destroy Assad air force completely as a delivery mechanism for death and destruction against his own people. Even if missiles delivered the latest chemical attack, a Syria without its air force is a lesser evil with fewer options to kill helpless civilians.

We eliminated ISIS. Time to decimate Assad’s air force to render him defenseless and weak, which will drive the costs of his support by his two mentors: Putin and Khamenei.