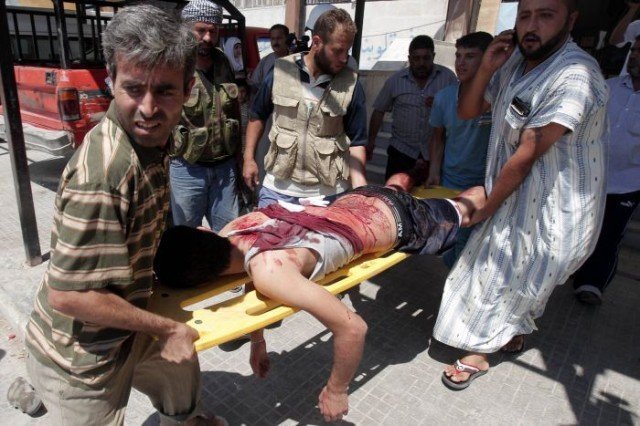 Everyone knows that Assad, Khamenei, and Nasrallah are behind arming Hamas. However, if you watched al-Manar Hezbollah TV station on July 17, Ahmad Jibril of the PFLP confirmed it to the world.

What Jibril also confirmed to every young Arab or Muslim watching is that terror pays big dividends. There is no reason to build anything, sweat over your studies, or even learn anything. All you have to do is follow in the footsteps of anyone who bears arms to kill and terrorize the weak and the helpless.

Under the circumstances, some dare ask what is wrong with Arabs and Muslims.

Even in Washington, many are ignoring the troubles flaring all around us. In fact, Washington is going through a denial phase in which it capitulates to terror either one of two ways. Our President deals with it by often ignoring it and our Secretary of State deals with it by sometimes excusing it.

Terror is the new black. It has captured the imagination of many as a potent tool to impose a will by force. The prospective terrorists watch from afar how Assad of Syria and Bachir of Sudan have killed hundreds of thousands of their own people and they think to themselves that the picking is easy.

The difficult task of negotiating or solving problems through a dialogue or a debate is no longer an option in the Middle East. Just look at Gaza to realize this truth.

How true this is requires us to look at our allies for the duress they are facing either in engaging in wars they cannot possibly win without collateral damage or in cold wars that chills any progress a society is able to make.

Take the United Arab Emirates, for example. All UAE leaders want is to build a better country for their people, yet they endure the gravity of Iran tearing at them like Jupiter tears at Europa. It is one of the most difficult balancing act a leader must endure to survive the spread of terror all around him masking any progress he makes for his own people.

Let us all hope America and its loyal allies in the Middle East survive these difficult times.