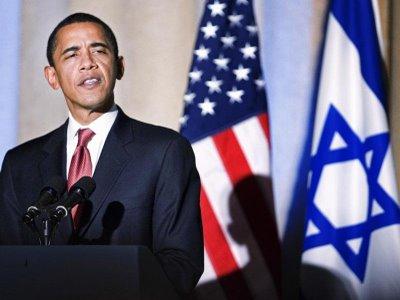 Obama’s war against US allies

Obama refused to aid the Green Movement in Iran in 2009 to defeat the Mullahs even though Iran has been capturing, torturing, and killing Americans since 1979.

Obama refused to remove Assad from power in Syria even though he did not hesitate to remove Qaddafi from Libya using force and Mubarak of Egypt using words. The only difference is that Assad has vowed to destroy Israel, while Mubarak and Qaddafi did not.

Obama negotiates with Iran under the pretext he is protecting our US interests. What interests Obama is protecting remains a mystery since Iran is, clearly, America’s No. 1 enemy in full pursuit of destroying our allies in the region.

As the Khamenei regime of terror negotiates with Obama, it arms Hamas to attack Israel. However, instead of calling Iran for its terror, Obama threatens Israel with ultimatums.

Obama?s war against Israel could not come in a clearer picture than this.

As Hamas attacks Israel for two weeks with over 1,600 rockets, Obama is mostly silent with the exception of empty rhetoric just before he embarks on another fund raising event heavy with the generosity of American Jews.

Because Israel is determined to win this war, Obama is beginning to panic.

In response to his panic attack, Obama dispatches his chief diplomat secretary Kerry to negotiate a truce between Israel and Hamas. Kerry delivers a proposal for an Israeli surrender to Hamas. The Israeli cabinet rejects Kerry’s proposal 8 to 0.

Today, we come to find out, because of leaked telephone conversation between Obama and Netanyahu with regard to Obama demanding an Israeli ceasefire, that our President trusts the Islamists Erdogan and al-Thani, two of Hamas strongest supporters funding and supporting the Hamas machine of terror, to mediate with impartiality an Israeli-Hamas ceasefire. The conversation ends on a sour note with an ultimatum against Israel.

Denials were quick on both sides as to the substance and spirit of that telephone conversation. One would expect no less.

More than likely Obama is fuming over the leaked conversation. Did he really expect his threats to go unnoticed? Has he forgotten how many friends Israel has in America?

There is only one way to describe Obama’s foreign policy: He wants to deliver America’s friends, in the Syrian, Iranian, and Israeli people, to their barbaric enemies in Assad and Khamenei. He has only two more years to finish the job.

Israel is responding to Obama’s war by maneuvering out of this tight corner with diplomacy and poise. All Israel wants is to bloc Obama from further damage.

We can pretend this is not so, but anyone watching the events unfold over the last few days understands that the crescendo has intensified to deafening levels. It cannot be ignored anymore by pretending that Obama considers Israel an ally of the US. He does not.

We can all pretend to be diplomats and try to rationalize Obama’s actions; however, the more we do, the bigger the damage Obama will cause. Someone in Congress should start labeling our President as an anti-Semite or he will continue his Jihad against America?s best allies.

Anyone who believes Israel would simply roll over for Obama is clueless about the resolve of the Jewish people in a post-Holocaust era.

Similarly, anyone who believes the Syrian people would roll over for Assad after his industrial-sized plans to exterminate as many Syrian civilians as he possibly can is as clueless about the resolve of the Syrian people.

Because of Obama’s total unwillingness and ineptitude to protect US interests, Syria is a heap of rubble with terrorists roaming freely and openly in Syria and Iraq. Obama’s hacks are already appearing on cable news shows to claim no responsibility to what happened.

I label this futile effort as writing one’s rotten history by sprinkling it with rose water.

You can argue with me or against me about Obama’s real motives, however, given the leaked conversation Obama had with Netanyahu, you would be a fool to think Obama is not waging his own dirty war against Israel.

We criticized him for spending much time Golfing and fund raising, so he is getting back at his critics by threatening Israel.

It is all out in the open now, so let us just stop pretending all is hunky-dory and start defending America from the worst US President ever.

We need to start showing him for the pretender that he is.