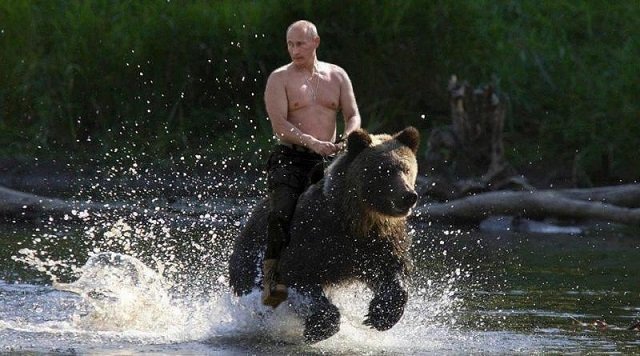 A defiant Russia on Thursday said it was ready to increase military support to Syria’s Bashar Assad if needed, dismissing suggestions it could hamper Western efforts to fight Islamic State militants.

Washington has accused Moscow of solidifying its foothold in Syria, raising concerns it could throw a wrench in plans by the U.S.-led coalition to step up operations against jihadists in the war-torn country.

The fresh tension erupted just weeks before the U.N. General Assembly in New York at which Russian President Vladimir Putin is scheduled to speak.

Speaking to reporters, Foreign Minister Sergei Lavrov said Moscow wanted to avoid a repeat of the “Libyan scenario” in Syria and would therefore provide greater military assistance to the Syria’s Assad if requested.

“We helped, are continuing to help and will help the Syrian government when it comes to supplying the Syrian army with everything it needs,” he said.

But he denied that Moscow was ramping up its military presence in Syria, saying Russia was merely supplying its ally with humanitarian aid and military equipment in accordance with existing contracts. In the past few days, photos emerged showing clearly Russian combatant troops on the battlefields.

U.S. officials said this week that Russia had been sending ships, armored personnel carriers and naval infantry to Syria in an apparent effort to prop up the besieged regime. Defiant Russia takes advantage of Obama’s weakness.

And he rubbished suggestions any greater Russian involvement in Syria could complicate Western plans to fight Islamic State, which has taken control over swathes of Syrian territory.

“This logic is incomprehensible to me,” defiant Russia’s top diplomat said. “The Syrian army is the most effective force that can stand up to the terror threat on the ground.”

Truth is the Syrian Army has been defeated to the point Assad needs Iranian, Lebanese Hezbollah, and now Russians to fight his battles.

On Wednesday, U.S. officials said two tank-landing ships had arrived at Russia’s Soviet-era naval facility at the Syrian port of Tartus along with naval infantry.

The White House warned this week that a Russian military buildup in Syria could spark a “confrontation” with U.S.-led forces carrying out an air campaign against the Islamic State group. Defiant Russia is taking advantage of a weak U.S. President more interested in playing Gold than lead.

Some analysts have suggested defiant Russia is keen to deflect attention from the Ukraine crisis and may use its greater role in Syria as a bargaining chip to ease Western sanctions. It is also keen not to defeat ISIS to justify the Assad regime need to defeat ISIS.

Syria was a close ally of Moscow’s during the Soviet era, receiving military backing at a time when Russia supported the Arab world in its confrontation with Israel.