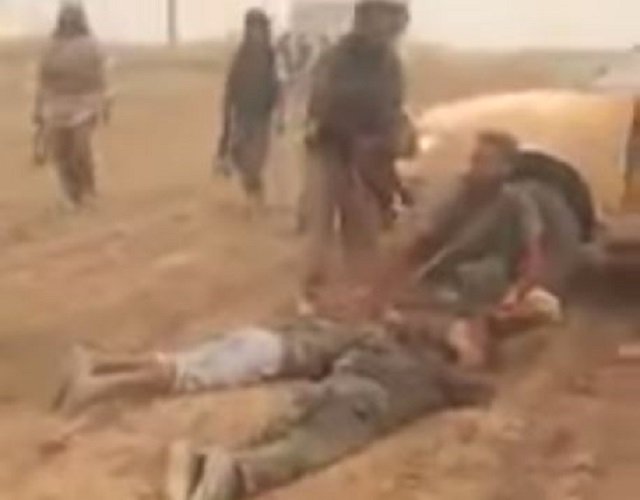 September 11, 2015 5:53 am 0
Massacre at a Bakery in Aleppo
Kofi Annan’s Peace Plan
Syrian Youth: The Fight Within

The rebel capture of a Syrian air base cost the lives of 56 government soldiers, a group monitoring the war said on Thursday, and has triggered shock and some criticism of army strategy among demoralized Assad supporetrs.

An alliance of insurgents including al Qaeda’s Syria wing Nusra Front seized the Abu al-Duhur military airport on Wednesday as Syrian troops withdrew from their last major stronghold in the northwestern Idlib province.

Activists on the ground said the 56 soldiers either died in combat or were killed afterwards by the insurgents. Dozens of soldiers were also reported missing and insurgents took around 40 others captive.

Asked about the report, a Syrian military official declined to comment.

An alliance of insurgent groups known as the Army of Conquest and including Nusra Front has made gains in northwestern Syria since May, seizing the city of Idlib and the town of Jisr al-Shughour and moving closer to coastal areas vital to government control of western Syria.

Some Facebook demoralized Assad supporters posted shocked comments about the seizure of the base on pro-government pages while others expressed frustration at what they described as a repeat of past army defeats.

“They left the airport besieged for two years…this scenario is repeating itself,” wrote a Facebook user who gave his location as the government-held Syrian port city of Tartous.

“Isn’t it time to change the way they are dealing with these situations? These souls have no value for our leadership,” one demoralized Assad supporters wrote in a comment on a pro-government news page that has been active since the start of the Syrian conflict in 2011.

Where were these shocked people when Assad was killing pregnant civilian women in Homs and Hama?

Some demoralized Assad supporters commented under a purported picture of two captive soldiers at the Abu al-Duhur base on a Facebook page that has posted pro-government pictures and commentary since May.

“People are fleeing the military service because of these scenes. We are losing our youths inside Syria,” a user from the capital Damascus wrote.

This might be the reason Russia invaded Syria. The defection rate in the ranks of the Assad army may be much higher than anyone knew.

The majority of those demoralized Assad supporters commenting on pro-government pages expressed shock and dismay without commenting on military strategy.

In a graphic video posted on YouTube (See also first video taken after capture of base below), a man speaking to the camera like a reporter said there were 80 bodies inside the base and that the army official in charge had also been killed.

Footage showed 13 corpses identified as Syrian soldiers on the ground and images of walls covered in bullet holes.

In Syria’s east, Islamic State has been attacking another air base in the Deir al-Zor province in violence that has killed dozens on both sides.