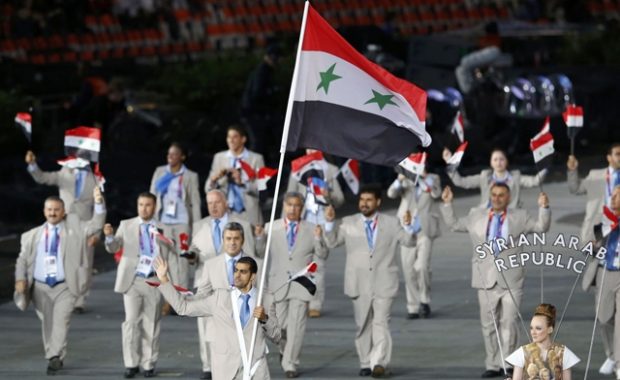 David Cameron announced today that Syrian athletes should not be punished for Assad‘s crimes, therefore they will be invited to attend the Olympics. But Assad and all those under EU sanctions won’t be invited. However, Syrian Olympics Athletes, as an organization, favors to killer generals by sending their unqualified offsprings to the Olympics.

I think PM Cameron is a good Prime Minister who will serve his country well. But I am compelled to explain something to him or his staff that may shed light on why this decision is wrong.

There are no Syrian Olympics Athletes. Not in the real sense of the word. Once in a while, an exceptional Syrian athlete is promoted but only if he is a good Ba’athist as well. No way Assad will help an athlete become popular if he/she does not support his regime.

When Syria dispatches Olympic athletes, it does so under a very bizarre system of favoritism that is disconnected from reality or the true athleticism expected from Olympics participants.

The Syrian Olympics Committee (Website down) is under constant pressure to send athletes who are sons and daughters to high-level generals and Assad men. If you can run and your old man is well connected, you’re on-board. Even soccer players are replaced the last minute by those with closer ties to Assad than the rest (I know of a personal story with regard to this fact).

To Assad, the Olympics is a time to throw favors to those who served him well. Just like any Godfather would do.

I recommend the Olympics London Committee responsible for international athletes to set a stringent criteria when it comes to countries under severe sanctions like Syria that would involve a limited time % differential between the best athlete in the world and that time differential. For example, in the Formula One race, qualifiers who do not reach the 107% in time from the fastest car cannot participate.

Similarly, if a Syrian athlete cannot muster a 100-meter dash within let’s say 140% of the top contender, he/she cannot participate.

Vet the Syrian athletes. Most are coming to London as favors to their fathers who have probably killed the most Syrians.

Assad Bombards Civilians in Douma, Again
Playing with fire
I get it now, Assad is protected to torture Israelis
Syria 450 Syrian Democracy 30 Things That Matter 382