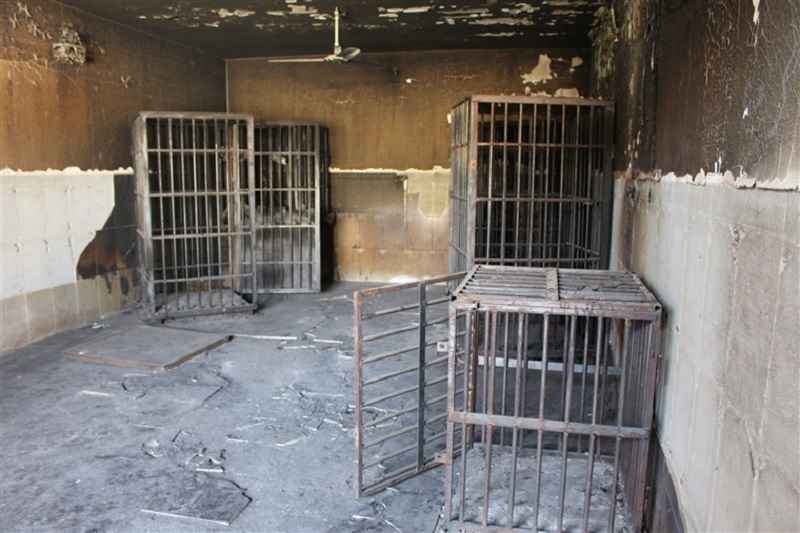 Assad Wiggle Room is No Larger Than His Prison Cells

July 16, 2020 7:09 am 0
The New Enforcer in Chief Next Four Years
Two Downed Jets, Two Different Responses by Israel and Russia
If Biden Wants a New Iran Deal the Israelis Should Negotiate It

Like a noose on a time-lapse video, the United States has successfully squeezed Assad and limited his options to extricate himself from an eventual political solution in Syria. Come to think of it, the Caesar Act insures that Assad wiggle room is no larger than his prison cells.

US foreign policy experts realize that the success of this mission is imperative because it would prove to be the best alternative to waging a regime change war. And since the Assad regime is a tough nut to crack, the sanction template before us is a roadmap. If successful in breaking Assad’s back, we will know what it takes to tame violent Arab men.

But intelligence is a tricky business. The U.S. may find itself facing what Britain faced during WWII after it broke the German Enigma code.

Assad prison cells are infamous for providing standing room only. Like horses, prisoners sleep while standing up.

Strangely enough, the United States has built Assad his own economic vertical-only prison cell with very little or no wiggle room at all. Having said that, Assad is trying to pick the lock with help from Russia, Iran, and China. At least Iran and Russia are working out a sanction-busting framework for the regime to survive the time-lapse noose closing on Assad’s neck. Their success rests on the quality of the U.S. intelligence and how fast it could dismantle any Iranian or Russian structure to save Assad.

But intelligence is a tricky business. The U.S. may find itself facing what Britain faced during WWII after it broke the German Enigma code. Do we let the Russians know by unveiling NSA’s real capabilities, or do we simply ignore the intelligence to protect the secrecy for a higher purpose? In other words, even if Assad succeeds in busting the sanctions, and we have full knowledge of how and with who, we may still not be able to react. Good intelligence is often not actionable intelligence.

Breaking the Russian code may be more valuable than punishing Assad. One trade-off value is superior to the other.

If Russia could afford to rebuild Syria for Assad, it would have long done so. Using Syrian diminishing state revenues as collateral is a financial suicide that no responsible leader would risk for their country. Not even Putin to save Assad. This precarious situation is fatal to Assad’s chances because the no-wiggle room policy rests on the inability of anyone lending Assad serious funds.

Of late, Hezbollah in Lebanon called for China to invest in Lebanon. Something the Chinese are contemplating to the tune of $12.5 billion to improve Lebanon’s infrastructure. By definition, one would assume the Assad regime is pursuing the same track. But Syria is not Lebanon. Unlike Syria, the U.S. is sending aid to Lebanon in support of its army. In essence, the Chinese authorities know that Lebanon could secure its debt repayment because of U.S. aid or better economic outlook. That equation is non-existent in Syria. Sanction-free country work their problems freely.

The Chinese are not stupid. The best they could do is enter the Lebanese market now in the hope of having access to Syria in the future. When the dust settles and the U.S. lifts its sanctions. But even that possibility is shrinking. In response to Hezbollah’s call for China to assist, the U.S. reminded Lebanon of its friendly disposition, which could disappear overnight if Hezbollah circumvents needed political and economic reforms.

How to maintain control of Assad wiggle room will prove to be how soon the U.S. can end Syria’s civil war.

Assad Wiggle Room is No Larger Than His Prison Cells