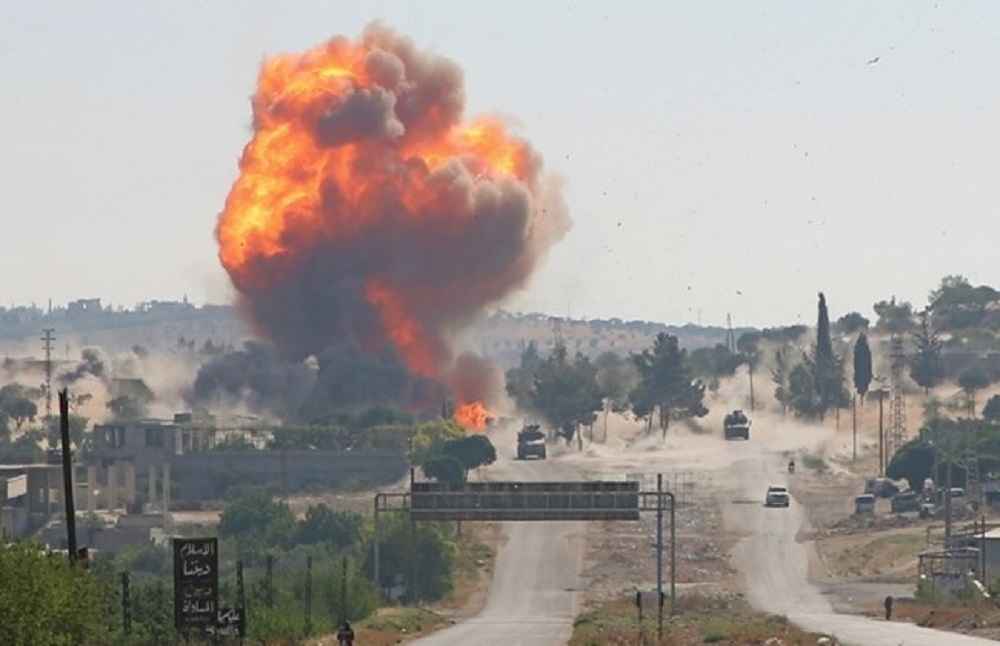 Qaeda Repeats its Iraq Terror Against Russian Troops in Syria

July 15, 2020 6:35 am 0
Fifty Year Syrian Civil War On Our Hands
FSA Must Respond to Libyan Tragedy
Topple Assad to Quiet the Middle East

Russian warplanes carried out more than a dozen airstrikes in northwest Syria on Tuesday, opposition activists said, hours after a roadside landmine hit a joint Russian-Turkish patrol in the area wounding three Russian soldiers and an unspecified number of Turkish troops. Qaeda repeats its Iraq terror against Russian troops in Syria today.

No word on any civilian casualties as a result of Russian bombing.

During the Iraq war, Iran, using al-Qaeda as a proxy, built the IED’s and assisted in attacking U.S. troops. Behind that strategy was General Qassem Suleimani who perished from a U.S. drone strike on January 3, 2020.

The Russian military said the mine attack happened while Russian and Turkish troops were patrolling the M4 highway. The highway stretches across Idlib in the de-escalation zone.

Russia and Turkey have been conducting regular patrols in Idlib province. The M4 highway links Syria’s coast with the Iraqi border to the east.

The Russian military evacuated the wounded Russian soldiers to its base at Hemeimem. It added that their lives weren’t in danger.

A Turkish armored vehicle that was taking part in the patrol was also damaged. The blast wounded Turkish soldiers as well. No word from Turkey how many Turkish servicemen were involved.

Later on Tuesday, Russian warplanes carried out more than a dozen airstrikes on rebel-held parts of Idlib that have witnessed relative calm since early March. Turkey and Russia had brokered a cease-fire that stopped a crushing government offensive that left hundreds dead and hundreds of thousands displaced.

Idlib is home to some 3 million people, many of them internally displaced. It is the stronghold of al-Qaida-linked Hayat Tahrir al-Sham., the most powerful group in the region.

The area is also home to extremist groups opposing the cease-fire both Russia and Turkey reached in March. Turkey backs Syrian rebels while Russia has joined the war in 2015 tipping the balance of power in favor of the Assad oppression, which is cementing al-Qaeda and its terror in Syria.

Qaeda Repeats its Iraq Terror Against Russian Troops in Syria

Loading...
Newer Post
Assad Wiggle Room is No Larger Than His Prison Cells
Older Post
If Biden Intends to Hire John Kerry Then Vote for Trump