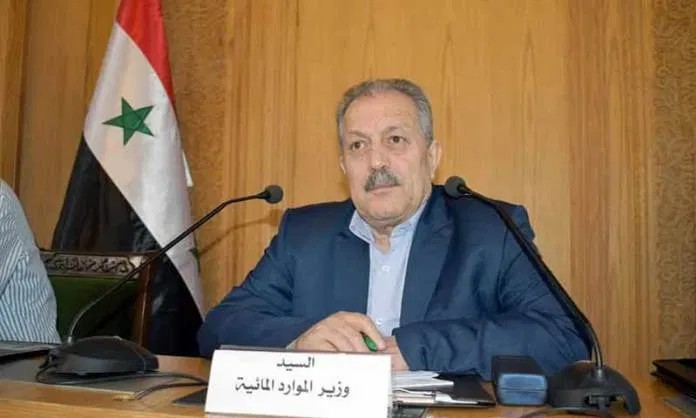 Assad Removes the Prime Minister When He Should Remove Himself

June 12, 2020 7:02 am 0
The Irony and Practicality of Western Justice
To Truly Weaken Iran the United States Must Assassinate Assad
Assad Declaration of Victory is Obscenely Premature

As thousands of Syrians in the mainly Druze city of Sweida took to the streets, the butcher of Damascus decided to lay the blame for his total incompetence on others. Assad removes the prime minister when he should remove himself.

On Thursday, Assad dismissed Imad Khamis, state media said, in a move that follows weeks of deepening economic hardship; in addition to an outbreak of anti-Assad protests in government-held areas. State media did not give a reason for the sudden decision. In the same presidential decree Assad designated water resources minister Hussein Arnous to replace Khamis. All the while, the Syrian Lira still trades at 3,000 to $1.

Syrian authorities blame Western sanctions for widespread hardship among ordinary residents, where the currency collapse has led to soaring prices and people struggling to afford food and basic supplies.

The government has criticized a wave of new, tighter U.S. sanctions, known as the Caesar Act. They will shortly take effect, and economists believe the Caesar Act will further tighten the noose around Assad’s neck.

Arnous, 67, currently minister of water resources, was born in Idlib. He had served in a long succession of government posts, including governor of Deir Zor province that borders Iraq and Quneitra province in southern Syria.

In the last year alone the Syrian pound has lost over 80% of its value, amid expanded U.S. and European sanctions; in addition to a financial crisis in Lebanon that choked an important source of foreign currency.

With growing public anger, thousands of protesters in the mainly Druze-inhabited city of Sweida in southern Syria took to the streets this week against worsening living conditions.

In rare demonstrations in government-controlled areas that did not rise against Assad’s rule at the outset of Syria’s war, protesters called for the president’s overthrow.

They echoed chants at the start of pro-democracy protests in 2011. The Assad regime violently crushed the protesters in 2011, but today, the regime lacks the funds, the materials, and the soldiers to control any protests the way it did in 2011.

Assad Removes the Prime Minister When He Should Remove Himself