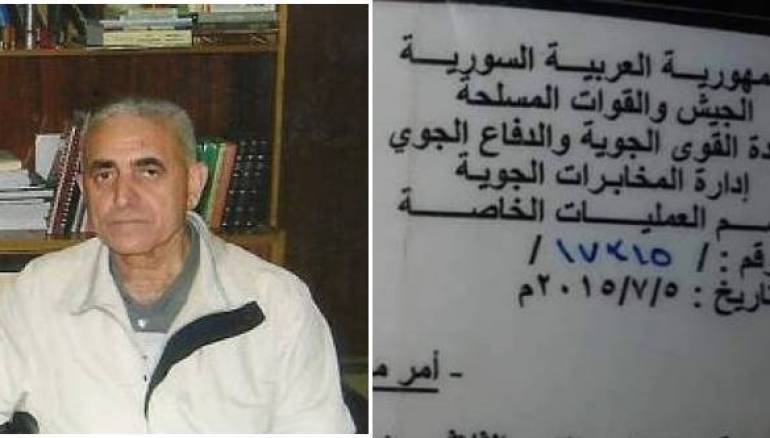 In his place, Assad promoted his deputy Ghassan Ismail to head the criminal enterprise the Syrian Air Force Intelligence. This according to Tartous Now News Network and Homs News Network.

There was no official comment on Syrian state media.

Syria’s pervasive security agencies have played a major role for Assad since the start of the conflict in 2011. Their brutality in rooting out and detaining those suspected of links with the opposition is legendary.

Rights group Amnesty International says more than 80,000 people have been subjected to enforced disappearance by the Syrian government since the start of the conflict.

Last year German prosecutors issued an international arrest warrant for Hassan, accusing him of “war crimes and crimes against humanity” for his part in Syria’s war and the mass protests that preceded it.

The prosecutors accused him of overseeing the torture, rape and murder of “at least hundreds of people between 2011 and 2013”.

In an interview with Britain’s Independent newspaper in 2016, Hassan said the government should have used more force against the opposition at the start of the war. One can just imagine what he does to Syrian civilians he catches to torture and rape.

Comparing it to the crushing of a Muslim Brotherhood uprising in Hama in 1982, he said:

If we did what we did in Hama at the beginning of the crisis, we would have saved a lot of Syrian blood.

Hassan will not be leaving Syria anytime soon. Considering he is in his early sixties, he might die more from being wanted than from being captured.