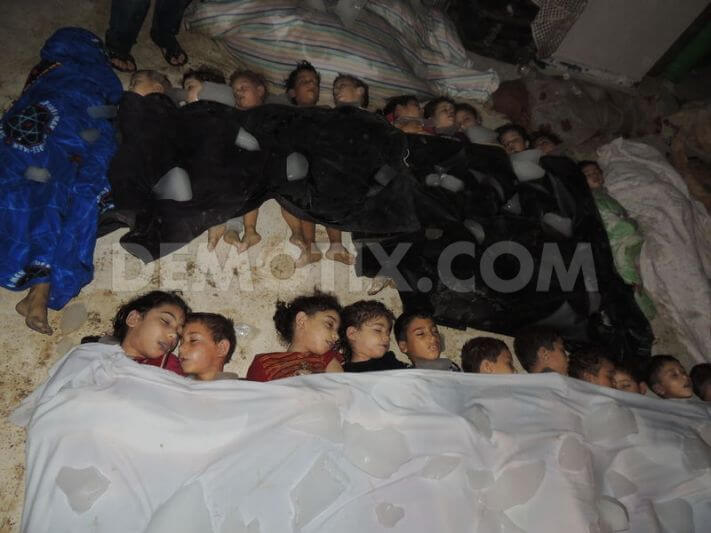 November 30, 2015 9:58 am 0
US limited choices to combat terror on both sides
How Long Before Assad Sneaks Terrorists to Europe?
Dumber than Dumb

A European Union envoy criticized Syria on Monday for “gaps and contradictions” in its declarations about its chemical weapons arsenal to the global watchdog overseeing the destruction of the toxic armaments.

Jacek Bylica of Luxembourg said that the lack of clarity from Damascus, “make it impossible to have confidence that its chemical weapons program has been irreversibly dismantled.”

Bylica delivered the damning statement on behalf of the EU on the opening day of the annual meeting of member states of the Organization for the Prohibition of Chemical Weapons in The Hague.

Syria declared an arsenal of 1,300 tons of chemical weapons when it joined the OPCW in 2013 under pressure from the international community following a deadly chemical attack on a Damascus neighborhood.

More than 99 percent of those weapons have been destroyed, but questions remain about whether Syria declared all of its stockpiles. Assad access to chemical weapons remains a threat.

The OPCW has a special team reviewing Syria’s declarations amid fears that if the nation still has chemical weapons or production capabilities they could fall into the hands of insurgents fighting in the country’s civil war, including the Islamic State group.

The EU does not consider Assad using the chemical weapons on his own people a threat. Their main concern is ISIS attacking the West.

Bylica said that during behind-closed-doors meetings this year member states were shown “alarming findings” of the declaration review team, saying that in five of the team’s reports on Syria, “more new questions arose than found satisfactory answers.” The reports remain confidential.

A recent report by a separate international fact-finding team in Syria revealed that a “non-state actor” used the blistering agent sulfur mustard, an outlawed chemical weapon, in an attack near the northern Syrian town of Aleppo in August, likely killing an infant. There have also been allegations of Syrian government forces using the widely available chemical chlorine as a weapon.

The United Nations and OPCW have established a joint investigation team to apportion blame for such attacks. OPCW Director-General Ahmet Uzumcu said Monday that the team is expected to issue its first report in February.