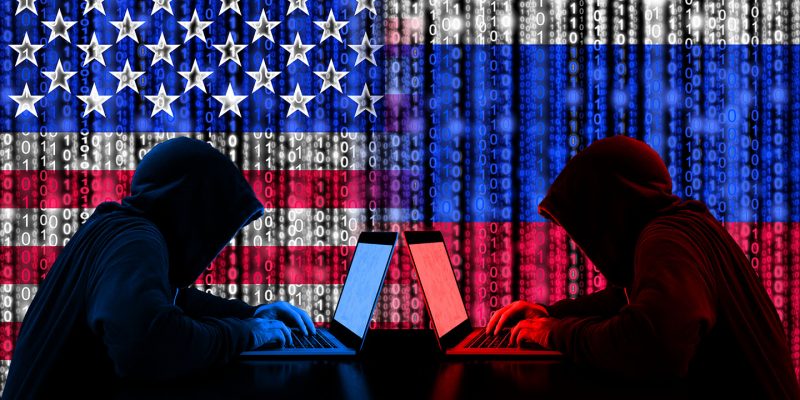 It all started with Stuxnet. A stealth computer virus, developed jointly by the U.S. and Israel, which penetrated Iran’s industrial computers with the sole purpose of delaying its Uranium-enrichment centrifugal work. When uncovered in 2010, it shocked the world. It was the first instance of cyber warfare that demonstrated, without a doubt, where the next big war is heading or coming from. Stuxnet represented the 9/11 of cyber warfare. It also fostered the great cyber warfare race we are living today.

Since, much has happened. Russia interfered in our 2016 elections using a combination of hacking techniques with a propaganda warfare. It was the first instance of a two-front assault using social media and hacking to steal a U.S. election in favor of Donald Trump. Russia used our very own First Amendment against us. Unprecedented. The Russians designed their campaign specifically tailored to our domestic social profile.

Between Stuxnet and Russia stealing a U.S. election, the great cyber warfare race has gone into after burn. Offensively, the United States, Russia, China, tiny Israel, North Korea, and to a certain extent Britain sit on top of the pyramid. Some claim Iran, ever since Stuxnet, has developed its own potent offensive cyber warfare program. Signs of its potency have yet to show off any meaningful skill set beyond hacking into computers.

Defensively, the United States stand the most to lose as demonstrated by the Russian 2016 election interference. Our open society, combined with vast networks of industrialization, makes us vulnerable. We have much to protect against tactics that can only work against our democracy.

But it all starts with supervisory controls of our global social platforms like Facebook and Twitter. Something the Millennial generation, in control of these assets, has been slow to comprehend. The threat to break Facebook did not rise out of thin air. Besides selling our most intimate information on the cheap to the highest bidder, Facebook also facilitated, unconsciously, Russia’s interference in return for few more millions in profits. Both U.S. politicians and Joe Public are out for blood.

The biggest component of which is facilitating the rise of a clown to become the U.S. President of the United States.

But the U.S. is quietly beefing up its defensive postures as it develops new tactics to wage secretive wars against our enemies. The Russian combined application of hacking and spreading of false information has provided a blueprint for similar strategies the U.S. can deploy against others. It is almost a certainty that our Cyber Command, with NSA’s own cyber capabilities, are at work not only to stop Putin from another instance of interference, but also to make Russia pay a steep price for its crime against our democracy. The biggest component of which is facilitating the rise of a clown to become the U.S. President of the United States.

One looming disadvantage the United States has over her enemies is how hermetically-sealed the societies of Russia, China, North Korea and Iran are. But is is also their biggest vulnerabilities because of their backwardness.

Russia, in fact, is so afraid of U.S. retaliation, it has a plan to isolate its internet access to the outside world to prevent any cyber attacks without losing Internet domestic access. Russia calls it “Sovereign Internet”.

Furthermore, Russia has developed a new class of submarine to shear Internet undersea cables as an offensive posture against countries waging a cyber attack. These are extreme defensive cases but if they show anything, it is how indefensible Russia’s computers are to U.S. attacks. Russia is a third-world country with computers and software to match the profile of its mostly-peasant population. Its defensive postures rely on classical warfare to stem any attacks or to respond to one.

Whether these defensive measure work or not, they are a sign of how afraid Russia is of U.S. retaliatory strikes for its 2016 election interference. It would surprise anyone if by the time 2020 rolls around, the US does not mount an attack to keep Russia busy defending herself instead of interfering again.

The great cyber warfare race is upon us. Many of these on-going mini cyber wars will remain highly classified. The public may never know how, when, who, and where the U.S. struck against her enemies. All that we know is that the scorpion’s sting will hurt badly. Hopefully enough to teach any other country thinking about Russian methodologies to think trice before embarking on a reckless journey.

The chances of 9/11 happening again is slim to none. For two distinct reasons. Our defensive position is solid, but more importantly because of how much pain we inflicted on the perpetrators and their enablers. The world knows better not to mess with us again.

We believe the 2020 alleged surprise we have in store for Russia will have a similar impact. If we have to bet, the U.S. is going to siphon off the wealth of Putin and his oligarchs. Let them eat cake instead.