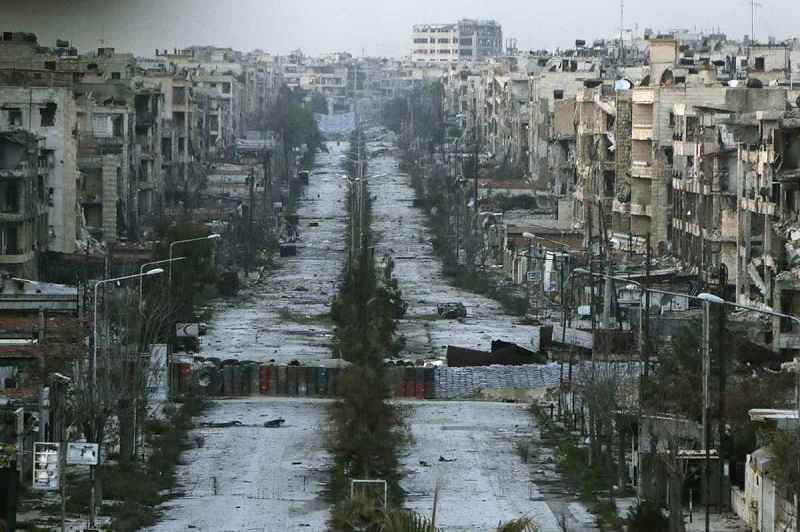 October 4, 2020 6:52 am 0
To Hell With 2020 Starting With COVID and Ending With Trump
Violent Protests Erupt in Lebanon. Blast Killed 43 Syrians Workers
The War Gruesome Facts on Syrian Children

Look at the two neighboring Arab countries bordering East of the Mediterranean. Syria has bled to death as a result of the extreme violence of the Assad family against Syrians, and Lebanon is heading in the same direction as Hezbollah’s control unravels its incompetence. In fact, as Assad destroyed Syria. so did Hezbollah destroy Lebanon.

Watching from far its Nasrallah and Assad offsprings fail miserably is Iran. A non-Arab entity whose ambitions is to swallow the Sunni Arabs and convert them into extremist Shiites the like we saw the Islamic State do in Syria and Iraq not so long ago.

But the destruction does not stop there. Iran has also crushed Iraq into a compliant state after the United States helped the country gain independence from a ruthless Arab dictator. Iraq today is a failed country whose politicians are sucking it dry and it won’t be long before it meets the same fate, both politically and financially, that Lebanon is experiencing today. What sustains Iraq is its oil resources, but even those resources cannot possibly keep filling the pockets of a carousel of corrupt politicians while shouldering the budgetary responsibilities of a healthy state. Sooner or later, Iraq is going to crumble like a sand castle as waves of incompetence and mismanagement wash it away.

MEN OF VIOLENCE CANNOT BUT DESTROY

The very notion, or belief, that men of extreme violence are able to fashion stable countries is oxymoronic. Violence in and by itself is synonymous with destruction because it requires resources and expenditures no third-world country can sustain for long. When these extreme violent men divert precious funds to fight, kill, rape, and destroy, they inherently destroy their own rule. It’s a boomerang effect.

The cost of the war Assad has been waging over the last ten years testifies to this fact. The same is true of Hezbollah. which bled Lebanon financially to build an arsenal of weapons as ordered by Iran with one goal in mind: To destroy yet another country and call it “resistance”. The irony is that Israel does not occupy any Lebanese territories or Iranian for that matter for Hezbollah to be active and causing so much destruction.

Men of violence cannot but destroy. So what will they destroy next after Iran occupies the whole region?

AS ASSAD DESTROYED SYRIA SO DID HEZBOLLAH DESTROY LEBANON

Have you ever asked yourself the question why there are no notable Spanish classic and opera composers the likes Vienna, Tuscany, and Parma produced? When Opera originated in Italy in late 16th century, Spain was still under the occupation of the Omayyad Dynasty. Permitting Iran to build its own dynasty is so wrong at every level. Many western politicians refuse to accept Iran’s long-term threat to western civilization.

Or rather, name a country Iran has not invaded, directly or through proxies, and still enjoys peaceful existence. Whether it’s Syria that Assad destroyed, or Lebanon, which Hezbollah crushed, or Yemen, which the Houthis burned to the ground, Iran boasts the Midas touch from hell. Intentionally and deliberately because this is all its leadership can do.

When Barack Obama unleashed Iran in the Middle East under the guise of a defunct Iran Deal, he hoped Iran would simply reign supreme, which in effect would stop the United States from waging wars in the future. But for Iran to systematically control the region, it requires time. By the time Obama concluded the Iran Deal, Iran occupied four Arab capitals and is eying the Gulf countries today. Donald Trump halted Iranian advances by applying severe sanctions against the Ayatollahs, which gave a breathing room for the Arabs to play their chess moves to self-preserve.

At the same the UAE and Bahrain are normalizing relations with Israel, Israel is trying to block sale of advanced U.S. F-35 jets to UAE. The much-touted and so-called “peace” is nothing but a coalition-building exercise to confront Iran. Just a chess move. Only Syrians, Lebanese, Yemenis, and Iraqis opposed to Iranian occupation fully understand what the Gulf countries have embarked upon when they normalized their relations with Israel. Neither wants to see their lands and people shatter like Assad shattered his own country and Hezbollah crushed Lebanon economically and politically.

Sanctions alone have halted Iranian advance, but did not reverse the course by removing it from any occupied Arab country. This strategy requires more patience and a low-level war that Israel is engaged into today. Bombing Iranian assets in Syria and Lebanon is a slow war of attrition until the United States finds a better angle of attack to permanently cripple the regime in Tehran.

But will Joe Biden, if elected, see the value of a restrained Iran? Our bet he will not unless many branches of our government weigh-in to keep the sanctions in place.