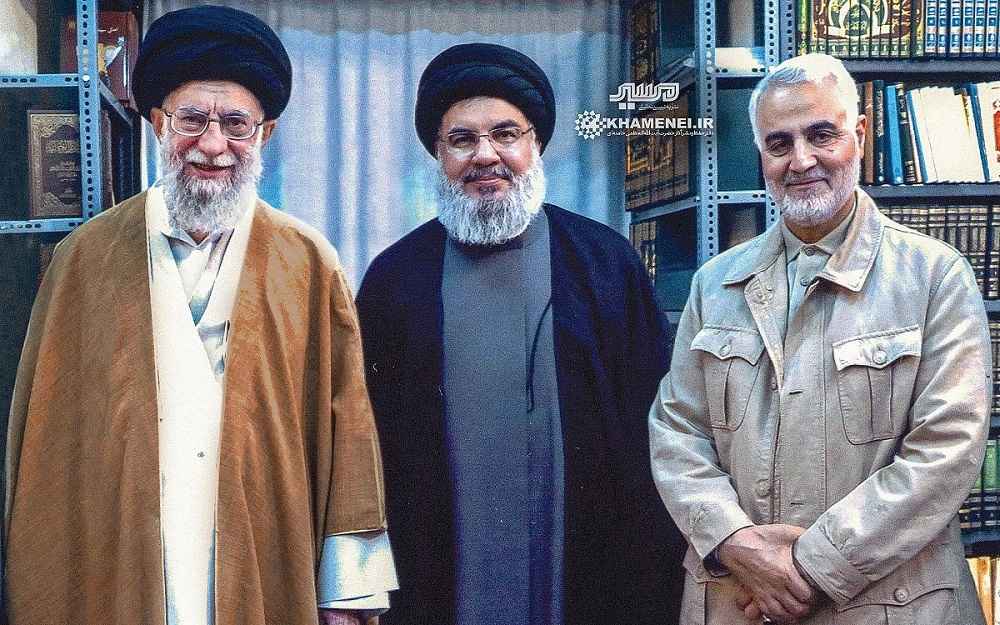 Hammering Hezbollah for its Loyalty to Iran. Not Lebanon.

From the onset of Hezbollah’s creation in the early eighties, the terror organization played its Lebanese card very well. Because of its membership base and its operational base located in Lebanon, Hezbollah convinced everyone it’s a Lebanese organization. Reality is far from the truth. The US Embassy in Lebanon should keep hammering Hezbollah for its loyalty to Iran because it takes its marching orders from the Mullahs in Tehran.

Imagine, for example, an American, well-armed group living on the fringes of a conspiratorial arc calling itself patriotic while it takes its marching orders from Russia or China or North Korea. This is Hezbollah’s raison d’être as it receives money from Iran, which makes it an Iranian entity, not Lebanese. How did the Lebanese let Hezbollah play them like a Houdini act is truly extraordinary.

GETTING AWAY WITH TREASON

The question we must ask ourselves is how did we let Hezbollah get away with its message of patriotism when, in fact, it is an organization that exists as a tool and an agent of a foreign country? Why does Hezbollah enjoy such popularity in Lebanon when it spies on the Lebanese for Iran? This is a public relations nightmare the west is to blame for. Especially in an age of social media where influencing the public opinion, with some clever tactics and information, can deliver a deadly punch to Hezbollah’s claim  of where its loyalty really lies.

Today, the U.S. State Department has tremendous assets at its disposal to start hammering Hezbollah for its loyalty to Iran first. Starting with the excellent staff at the US Embassy in Syria and Lebanon who can initiate a very powerful campaign to denounce Hezbollah.

Almost all the edifices of the U.S. Government are defending against Hezbollah’s terror. To include catching their operatives in the US attempting to break the Iranian sanctions, spying, or monitoring Jewish Synagogues. So far, many have been caught. But all these activities are defensive postures. With the exception of the Hezbollah deployed sanctions, none of our activities are offensive in nature. Not our messaging against Hezbollah, nor any of our stated policies to go after the terror group using social media effectively.

Did we not learn from Russia in 2016 how to conduct foreign divide and conquer social operations? The United States needs to dilute the loyalties many in Lebanon harbor for the terror group. As such, hammering Hezbollah for taking its marching orders from Iran is a no brainer. A weakened Hezbollah will turn the focus of its leadership on self-preservation instead of exporting terror to include killing Syrian women and children.

Hammering Hezbollah for its Loyalty to Iran. Not Lebanon.