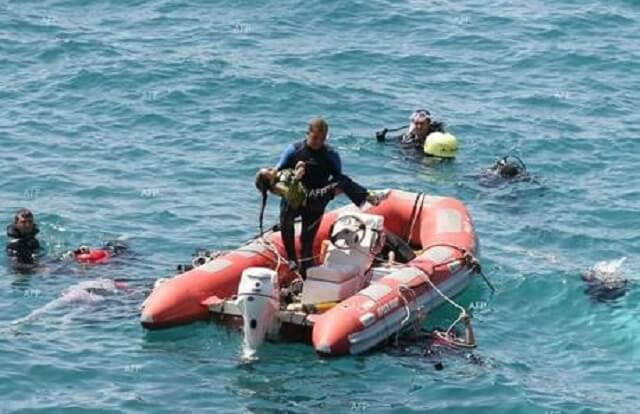 On Sunday, eleven migrants, including six children — four of them babies — drowned in a new tragedy off the Greek island of Samos, coastguards said.

Ten of the dead were found in the cabin of their boat, which overturned as it made the hazardous crossing from the nearby Turkish coast.

The other victim, a young girl, was washed up on the island, where dozens of refugees have perished trying to reach Europe in recent days.

Two others were still missing with coastguards saying 15 were plucked from the water after the  boat turned over only 20 metres from the shore.

The new sinking adds to a string of migrant boat tragedies since Monday off the Greek islands of Lesbos, Kalymnos and Rhodes in which more than 60 people have drowned, at least 28 of them children.

On Friday alone 22 people, including 17 children, lost their lives trying to cross to the eastern Aegean islands from Turkey, to which more than two million Syrian refugees have fled.

That followed another black day on Wednesday when 24 migrants — 11 of them children — died in five shipwrecks off Lesbos, Samos and Agathonissi.

With the arrival of rough winter weather, and fears that Europe is about to close its doors to refugees, more than 80 refugees drowned — most of them children — trying to reach Greece in October, according to an Agence France Presse count.

Since the beginning of the year, 580,125 migrants have landed on Greece’s shores, according to the UN’s refugee agency (UNHCR), with a total of 723,221 crossing the Mediterranean to Europe.