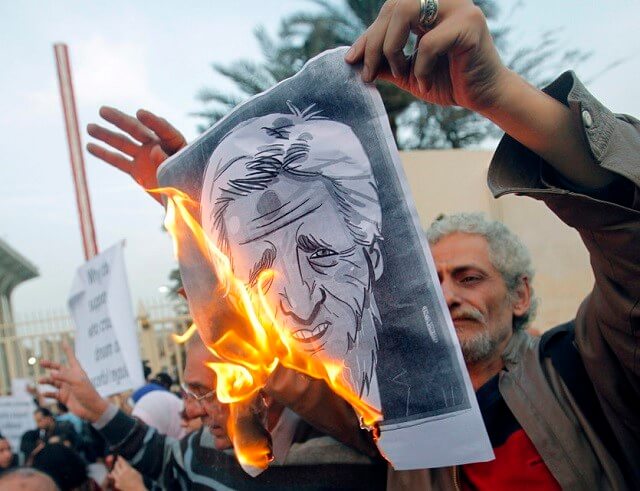 November 1, 2015 9:42 am 0
Imagine if Israel Struck Peace with Assad
Until Khamenei Tastes His Own Violence
Wrong Intentions, Bad Strategy

The Vienna meeting on Syria, attended by the major powers vying for control of Syria’s future, ended without any meaningful results worth discussing.

The only portion of that meeting to catch our attention were statements delivered by the Assistant Secretary of State Antony Blinken in which he predicted Syria to turn into a “quagmire” for Russia without U.S. interferemce. His words:

The Obama Administration has not provided the weapons necessary to defeat the Iranian military now fully in control of the Assad regime, nor has it dispatched U.S. Special Forces equipped with Stinger missiles to down Russian bombers or Syrian helicopters dropping lethal barrel bombs. The Special Forces on the ground today have ISIS in their scope, not Assad, or Iran.

Yet, the predictions coming out of Washington that Russia would somehow falter and fail on its own without any confrontation by the U.S. seems so naive and so out of touch with reality that one wonders one of two things. Either American diplomacy is intentionally sliding into a new mission of voicing predicaments, like a palm reader, instead of shaping them, or American diplomacy is intentionally appeasing its critics just enough to forget its waning influence on the world stage. Either way, it seems to us that American diplomacy lives in a La La Bubble of its own creation.

Unless the U.S. Military changes its strategy on Syria, and unless this White House makes a 180 degree turn to salvage whatever horrible Syrian legacy Barack Obama will be stuck with for the rest of his life, Russia is not going to lose Assad because of a passive, almost non-existent administration doing almost nothing to defeat both Assad and ISIS but voicing predictions. Russia invaded Syria for two reasons: America has no commander-in-chief, and American diplomacy lives in a La La Bubble unwilling or unable to shape the future of Syria.

In three months time when Russia has shored-up Assad to become an invincible entity protected by the considerable presence of the Russian Navy in the Mediterranean and new air bases across the Syrian landscape, what will Antony Blinken’s spin be? That unless Russian soldiers speak Arabic, Russia will lose in Syria?

Nothing has destroyed America’s capacity to shape world events like Barack Obama has. By playing golf instead of protecting U.S. interests, Obama has showed us how stupid American voters were in voting for an unknown commodity, with a suspicious background, and very little experience.