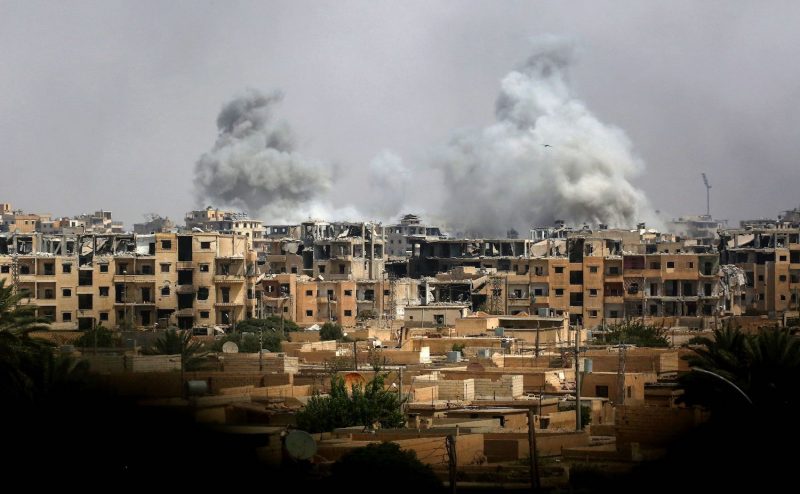 Where Do We Go From Here on Syria?

November 16, 2012 6:05 am 0
If You Believe This White House Claim, We Have a Bridge to Sell You
Obama’s Iran Deal Legitimizes Assad and Iranian Terror
Something is Happening in Damascus

For those of us watching the Syrian tragedy unfold over the last 20 months, there is only one conclusion we can make. Don’t tell anyone in the Obama Administration that the Syria Policy has failed miserably. If they cannot take responsibility for Benghazi when American blood and flesh was at stake, how can we expect them to take responsibility for US lack of action on Syrian mass massacres and blood spilling like rivers? Taking responsibility is one of the pillars of western civilization because it provides the onus for self-correction. That does not seem to apply during this Obama era. Honestly, where do we go from here on Syria?

When President Obama spoke about Syria for about one minute during his last press conference, his words were rosy but meaningless. Just like hope and change. We have not moved one inch on Syria except for the diplomatic effort to unite the opposition; only to tell its leaders afterwards that there will be no meaningful weapons to defend yourselves with.

OBAMA LEAKS TO ESCAPE HIS RESPONSIBILITIES

On that last item, Obama actually believes this sort of leak is credible enough to get everyone off his back. This President leaks to escape his own responsibilities. Just like the dog ate my homework elementary class routine.

Hell will freeze over before Obama sends American troops to Syria or anywhere else. We are certainly not asking for US troops to land in Syria because if our people can save themselves with enough outside support in the form of US advanced weapons purchased by the Gulf States, then there is absolutely no need to put American lives in harm’s way.

It’s fair then to ask President Obama a very reasonable question: Where do we go from here on Syria?

Forget the Syrian opposition and the finger pointing (We know for a fact oppositionists would have united a long time ago if they observed any serious effort to help Syrians). Forget the leaks and the rhetoric  as well as the spin and the appeasements. Further, forget the lies and the ducking-for-cover-Washington-style. Where do we go from here on Syria Mr. President? What are your plans on Syria? Can you tell us something that would stop the killing and the destruction? It’s really under your watch, not Bush.

Grant you that in diplomacy, Obama’s only tool, balancing is a difficult act. No one, however, gets the sense that diplomacy is working, or that it will result into a secure exit strategy we are closer to when the Syrian Revolution started. Everyone we speak to seems to be asking where do we go from here.

The scandals brewing in Washington are not helping; nor is the fiscal cliff, which is on everyone’s mind. Under these circumstances, it would sound quite bizarre if this administration diverted the media’s attention to Syria because there is nothing good emanating from the White House to report there. Maybe this latest Pentagon leak, so dubious in its nature, would get everyone’s epicenter jarred long enough to divert attention from other failures.

We wish we could say the Obama Administration is managing a successful policy on Syria. Nothing would please us more than to celebrate American exceptionalism and Syrian freedom at the hands of a President we may not agree with all the times, but with whom we are willing to give him the benefits of the doubt. It is a fact, though, that mismanaging Syria has become President Obama’s signature achievement.

The Syrian people are still dying while Russia remains stuck in its Bolshevik era bubble achievements. Meanwhile, the opposition is united and Europe is asking what next.

Can you dunk that ball Mr. President?

Where Do We Go From Here on Syria?