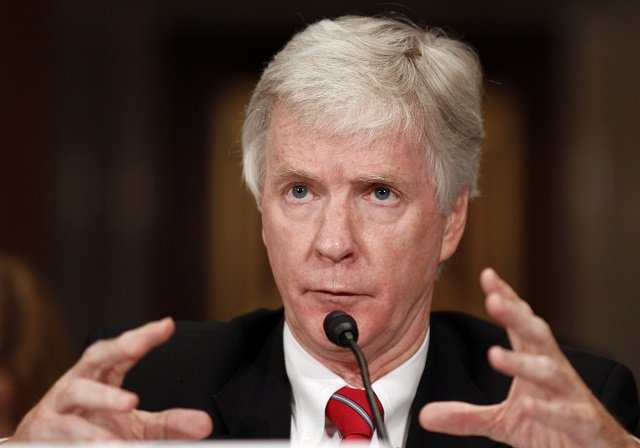 March 5, 2016 7:13 am 0
Obama Causes ISIS to Rise, Still Blind to His Defunct Policies
Obama Officials Are Spreading Propaganda to Demoralize Syrian Opposition
All arrows on Assad

The United States is under growing pressure to play a stronger role in dealing with a flow of Middle East refugees that threatens to plunge Europe into chaos. Senior former and serving U.S. officials told Agence France Presse that some in Washington regard the Syrian migrant crisis as an existential threat to the European project. More senior US Officials call Obama unfit to lead.

President Barack Obama, already under fire for his handling of the Syrian crisis itself, now faces calls to show more U.S. leadership in accepting refugees.

Syria’s immediate neighbors Turkey, Jordan and Lebanon confront the starkest immediate threat, but nearby Europe may also be overwhelmed by the exodus.

“This risks unraveling the European Union as a political construct,” Ryan Crocker, a former U.S. ambassador to Syria, Iraq and Lebanon said Monday.

“This current refugee crisis is by far the largest crisis since the end of World War II — literally in 70 years — and it is getting worse.”

Obama has promised America will admit 10,000 Syrians among 100,000 refugees from around the world during the 2016 fiscal year, which ends on September 30.

That would be a tiny proportion of millions displaced from their homes in Syria’s civil war — and even of the hundreds of thousands now reaching Europe.

But Washington is not on target to reach even that modest goal, having accepted 942 Syrians in the first five months of the year covered by Obama’s order.

Schwartz said the United States cannot credibly ask its European allies to do more to aid the Syrians “if we are not prepared to do our part.”

Both Schwartz and Crocker said a target of 100,000 Syrian admissions was a reasonable minimum for a country that prides itself as a refugee haven.

“There is a lack of leadership and there is only one country that can lead,” Crocker said, in a call arranged by watchdog Human Rights First.

“I would like to see us step in and call for a global summit on refugees and refugees strategies,” he said.

“We have got to increase our own credibility. That starts by significantly increasing the number of refugees that we’re prepared to take.”

Austria and Balkan states further south have begun measures to bar entry to refugees, stranding many of them in already weak and impoverished Greece.

Pro- and anti-refugee protests have erupted around Europe and officials have warned of a rising tide of xenophobia and support for populist parties.

There have been calls for the “Schengen” open borders agreement to be suspended, but some fear the EU bloc itself could break up under the pressure.

This week, the European Commission will propose using funds earmarked for catastrophes outside the bloc to provide aid to EU countries affected by the crisis.