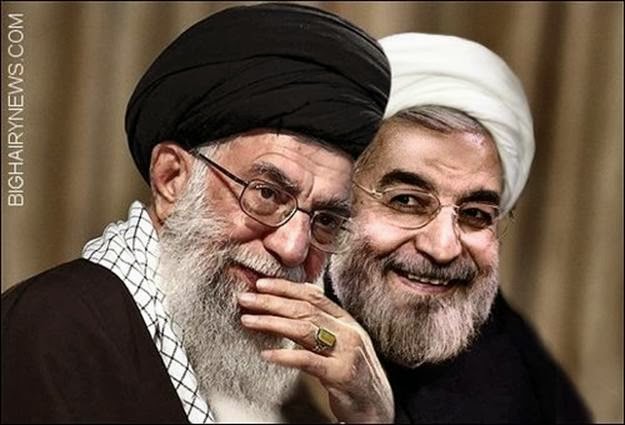 Assad concentrates his firepower on helpless civilians and ignores ISIS, which was growing far more dangerous and far more lethal with time.

Even when ISIS invaded Iraq, Assad did not attack the terror group in Syria.

Now comes this story on the Iranian side published by BasNews. It stated the following:

Recently a group of Iranian Kurdish Peshmerga, responding to a request from the Kurdistan Region Peshmerga Ministry, headed toward the Garmian region to fight Islamic State (IS) militants. According to reports, Iranian forces in the region prevented the Kurdish Iranian opposition forces from going to the area.

As Assad is not battling ISIS in Syria, Iran is blocking Kurdish fighters from engaging the terror organization.

The only logical explanation is that Iran wants the US to fight its battles and to be more engaged in Iraq.

Why would Iran want the US now when back in 2004 and until 2007, Khamenei and Assad terrorized US troops by using al-Qaeda as a proxy?

There is only one logical explanation. The US-Iranian cooperation is far deeper and far stronger than anyone can imagine.

Who would blame Saudi Arabia and Israel for their preparedness or fears?

Who would blame Saudi Arabia if it acquired nuclear technology from Pakistan considering the behavior of Barack Obama is fueling their fears?

Who would blame any US ally to distance themselves from the Obama Administration?