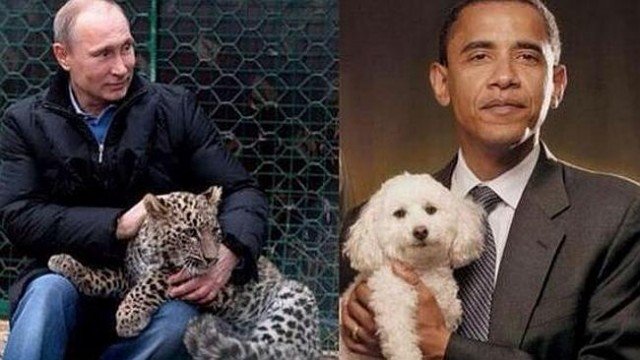 Why is Russia not screaming bloody hell against the $500m?

September 22, 2014 6:57 am 0
Who Emptied My Holster?
Do not Obamize this deal
It Matters Little If Britain Says Assad Can Stay

You would think that the $500m already earmarked by Congress to fund and train the Syrian rebels would get Moscow quite upset over its potential danger to the Assad regime. Why is Russia not screaming bloody hell against the $500m funding?

You would think, if these earmarked funds were going to make a dent against Assad, Russia would scream bloody hell.

Why is Russia not screaming bloody hell for the $500m Congress just authorized?

Russia is mostly silent on the matter because Putin knows the aid will not endanger Assad; it will only peg the Syrian moderate opposition against ISIL in a destructive fashion that ultimately would annihilate the moderates, Assad’s biggest danger. Obama could not have done a better job at protecting Russian interests. This is how lopsided Obama’s foreign policy is.

In fact, Russia Today online, a mouthpiece for Putin, announced that Foreign Minister Lavrov had a conversation with Secretary Kerry in which the former told the latter “the importance of coordinated action… by the international community aimed at countering the threat [IS]”

In other words, Lavrov is telling Kerry Russia is not concerned about the Syrian moderate opposition defeating Assad with the new injection of funds and training, Russia is only concerned about the importance of coordination with Russia, which are exactly Assad’s demands. Obama just wasted half a billion dollars to appease the Arab masses who soon will discover the ruse.

Already the Social Media in the Arab countries smell a rat.

To make sure Obama and Kerry get the message, Lavrov underlined “the necessity for strict adherence to the UN Charter and international law as well as unconditional respect for Syrian sovereignty during the implementation of plans by the US-led coalition, which includes the use of force.”

Putin knows Obama is as docile as they come because of his weakness; but nonetheless, he keeps the pressure up with diplomatic veiled and threatening words.

Don’t you think our president is worse than Putin? At least with Putin, you know exactly where he stands with regard to the Assad regime; with Obama, his policies protect Assad while his words and speeches all allege he intends to remove him.

Why is Russia not screaming bloody hell against the $500m?