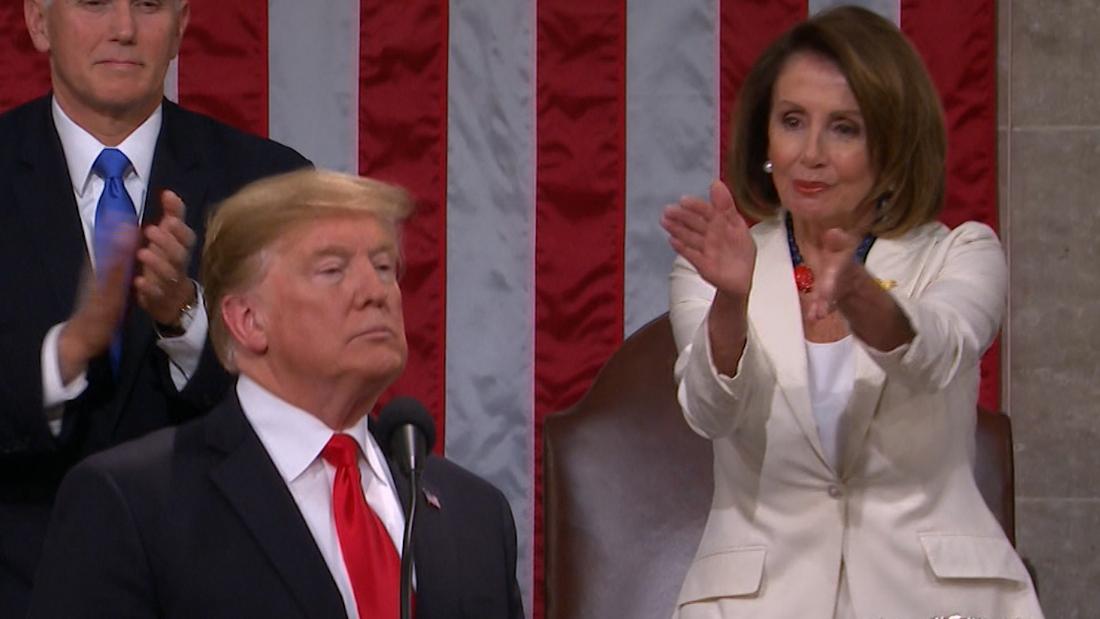 Washington was abuzz. Falafel sensed that something was in the air because he saw, with his own eyes, political foes happily shake hands at every bar surrounding the U.S. Congress. Since when Chuck Schumer and Mitch McConnell toast each other on St. Patrick’s Day? Then, he found out the reason why Washington was so chirpy. It was because Trump marries Speaker Pelosi.

Falafel could not believe it. How could he? What about Melania? What is going on?

Falafel: My congratulations are quite sincere. When did this all happen?

Trump: You won’t believe it Falafel. When I asked her, she said ‘yes” without hesitating.

Falafel: The world should know why and how Mr. President. First is the how since you are already married to Melania?

Trump: That was easy Falafel. I asked Michael Cohen to handle it. Somehow, he fixed it. Melania divorced me. Secretly, of course.

Falafel: What sets your eyes on Speaker Pelosi. She is not your type.

Trump: You are wrong Falafel. She is very much my type.

Falafel: How did you manage to get her divorced from her husband Paul. Catholicism is rigid on this issue.

Trump: You have to ask Michael. I am sure it will cost me a pretty penny but Speaker Pelosi represents a win for me.

Falafel: What do you mean a win?

PELOSI IS IN MY WIN COLUMN

Trump: Well, as you know, she is the Speaker of the House now. She has immense powers to pass the legislation that I want. So, I married her for her value.

Falafel: What legislation do you have in mind?

Trump (without any hesitation): I want my wall, damn it. Immigration of brown people is out of control.

Falafel: But what if Speaker Pelosi delays introducing such bill to fund your wall until the Democrats take over the Senate in 2020? Supposedly, you are re-elected, of course.

Trump thinks for a while.

Trump: Do me a favor Falafel, can you ask around if Chuck is gay?