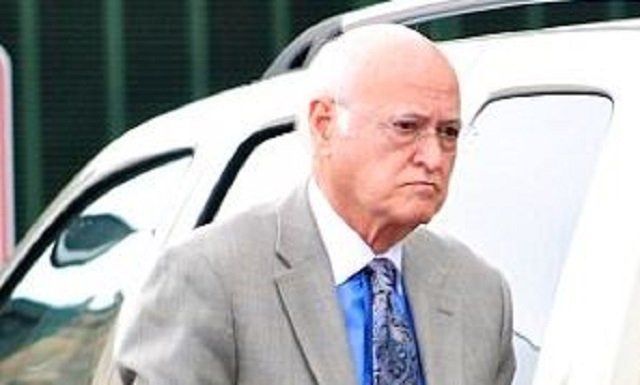 Think Syria If You Own an iPhone or an iPad

May 30, 2015 10:54 am 0
Why Not Hand Syrians Shovels to Dig Their Own Graves?
Did You Know Jerry Seinfeld Is of Syrian Descent?
Israeli Nukes: What Arab Rulers Are Thinking?

Not too many people know that Steve Jobs biological father is a Syrian named Abdul Fattah al-Jandali. Think Syria If you own an iPhone, iPad, or an iPod.

We hear many say or write “What has Syria done to us to help it?” Well, think Syria when you think Steve Jobs. Without Syria, there would have never been a Steve Jobs. That does not mean an iPhone would have not been invented by someone else, but it does mean if you own one today, think Syria and then thank Syria.

Syrians are peaceful and industrious people whose ingenuity has been stifled over the last 45 years by a brute Assad regime. Had Jandali not leave Syria at age 18 to immigrate to the U.S. to escape turmoil and oppression, Steve Jobs would have been born in Homs, Syria. How many people you know are able to create humanity revisionist inventions while rotting in prisons or whose liberties and economic opportunities have been impounded?

Because Jandali abandoned his son and his daughter (Steve’s younger sister) for reasons we will probably never know, his children were raised by other people. Steve Jobs would, most likely, have never become the genius he is without the support of his new parents, Paul and Clara Jobs. Nonetheless, Steve’s half-Syrian blood attests to the inventiveness of the Syrian people when given the chance.

Why this is important is because Western countries have been quite timid about accepting new Syrian refugees (With the exception of German and Sweden). Will Germany or Sweden give birth to the next Steve Jobs? Should the U.S. not take into account the accomplishments of Syrians in the United States when they are provided the environment to excel?

We urge the U.S. State Department to grant more Syrians the status of refugees in honor of Steve Jobs and his biological roots. We urge all Western countries to take into account the possibilities of success when considering their Syrian refugee policies. Think Syria if you own an iPhone, iPad, or an iPod.

Finally, one cannot help but wonder if those barrel bombs that Assad is dropping on civilians, supported by Ali Khamenei and Vladimir Putin, are killing future Syrian inventors like Steve Jobs.

Think Steve Jobs the next time Putin vetoes a U.N. Resolution to remove Assad from power.

Think Syria If You Own an iPhone, iPad, or an iPod