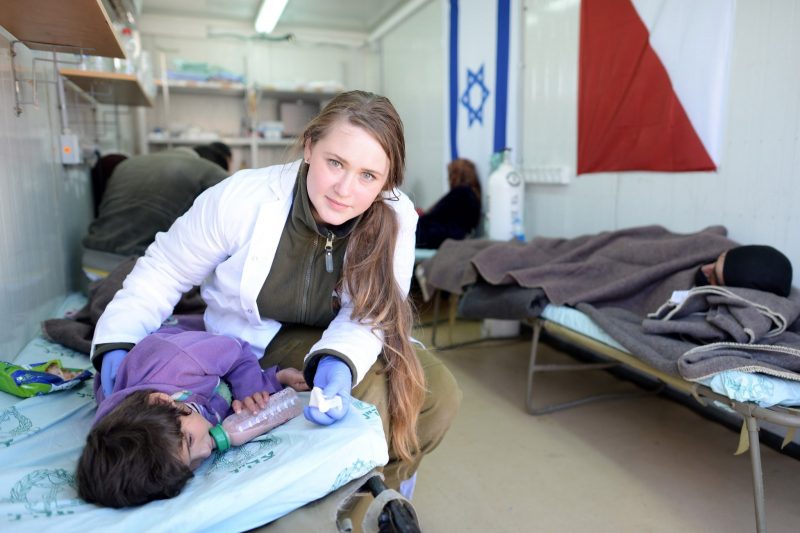 October 29, 2017 11:52 am 0
Guide to Stop Assad Chemical Attacks
Mr. President, should you not do more to protect the civilians?
Did CIA Agree with Russia on Assad Alternative?

Israel wonderful generosity and benevolence never ceases to amaze us.

Neri Zilber published an article in Politico entitled “Why Israel is Giving Free Spaghetti (and Health Care)” detailing the reasons for such a policy. We urge you to read Neri’s well researched article. Thousands of Syrians, regardless of affiliation or religion, have been provided with life saving medical assistance paid for Israel and an American NGO called Amaliah (List of the good people behind Amaliah).

Ironically, the NGO is staffed with volunteers some of whom are devout Christians and Jews. Why are we, Muslims, so dumb?

Contrast the work Israel is doing by giving free food, health care, and even antidotes for snake venom to the Assad regime starving its own people in Ghouta. Maybe finally Arabs can realize that Israel is indeed a good neighbor if we give chance a peace. Israeli aid reaches inside Jordan.

Of course the extremists, on both sides, be it ISIS or the Mullahs in Tehran, will attempt to undo Israel’s kindness through propaganda. After all, this small miracle of a country stands in the way of their goal to force all those they invade and govern into total servitude. Total control of people permits these miscreants to imprison, kill, and pilfer at will. Unlike Israel, they fear accountability.

Given the scarcity of reaching the injured because of a siege mentality the Assad regime has engineered across many towns and villages, Arabs are aware of Israel’s work. Besides the White Helmeted Syrians risking their lives to transport the injured to small makeshift hospitals set-up by “Medecins sans Frontieres” Assad and Russia have relentlessly bombed, Israel is the most visible country making sure it leaves behind a lasting impression of goodwill.

Israel wonderful generosity may one day be a roadmap for Muslims across Arab lands that shows the determination of a people to strike peace with their neighbors. Of course, as long as the Mullahs in Iran remain in power, Israeli wonderful generosity and benevolence will always be threatened by evil.