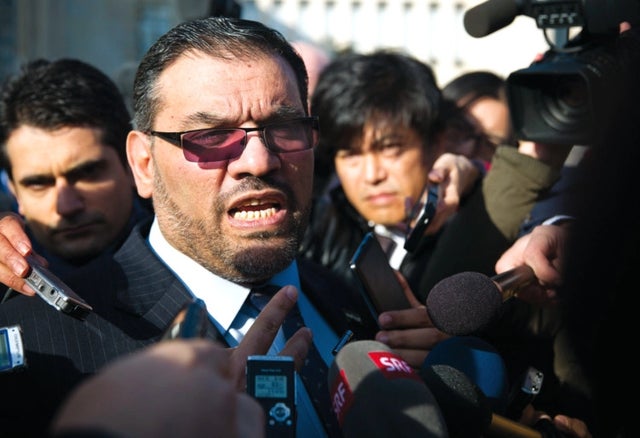 The Syrian Opposition is Worse than Assad

May 27, 2020 9:03 am 0
The All-Russian Vodka Constitutional Amendment
Saudi Response to Russian Terror is Slow Coming
Of Constantinople, Serbia & Syria

As talks of replacing Assad take a life of their own, one must anticipate his replacement to be either a tad better or a lot better in terms of violence tendencies and in terms of permitting regimes of terror to occupy Syria. As far as we are concerned, the Syrian opposition is worse than Assad. In its present form and ideology.

Of course, not all opposants are bad, neither are many who oppose Assad but who have been marginalized by hungry wolves, claiming to be an opposition, and who are waiting for the day they can enrich themselves without any regard for Syria’s interests.

Turkey and Qatar have stacked the ranks of the opposition with many Muslim Brotherhood members. Turkey for ideological reasons and Qatar for vindictiveness and folly against their cousins in Riyadh.

The men of the Muslim Brotherhood are, by far, the most dangerous lot. Not only because they are corrupt but because they have not one ounce of enlightenment in their ideology. Once in power, the Order will never relinquish it. Look at Hamas in Gaza, which has killed off its competition, and after 13 years of rule, the Islamists of Hamas, part of the Muslim Brotherhood, remain the only political order. If the MB comes to power in Syria, kiss any civic transition goodbye. The Mosques would rule you for eternity with bearded men forcing you into a life of servitude. To them through their god.

Stories of the Islamist Syrian opposition corruption is slowly peeling away to showcase what holds for Syria should they rise to power. As an example, the U.S. State Department funded a Syrian TV station, in 2006, to the tune of $6m, a portion of which found its way to their pockets. Unmistakably corrupt to the bone. Religions, for these miscreants, is a gateway to enrich themselves once they attain power. Kamal al-Labwani, a Syrian liberal opposant, leveled these charges against Barada TV and its executives. Why are we not surprised of the Islamist corrupt practices?

Saudi Arabia believes that the Muslim Brotherhood is stealing their thunder by claiming to be the true voice of Islam. Their enmity goes back to the days of King Abdul Aziz in the years preceding WWII. This is one reason Mohammad bin Salman was so willing to kill and dismember Jamal Khashoggi, a Muslim Brotherhood member that Turkey supported. As a result, the men Saudi Arabia backs inside the Syrian opposition are anti-Muslim Brotherhood. The Kingdom wants to make sure that in a transitory government, it has a voice in Syria.

But how do they fare if stacked side-by-side with the Islamists of the MB is like selecting a white car each car manufacturer calls it by a different name. At the end of the day, the car is still white. Mind you, during the times of the more liberal King Fahd of Saudi Arabia, Rafik al-Hariri rose to prominence. And Rafik al-Hariri was a great man, and so is his son Saad al-Hariri. Is Mohammad bin Salman able to duplicate by backing a good Syrian opposant? We don’t have an answer to this question. All we know is if Saudi Arabia was behind the rise of someone like Hariri, it may be able to support a good man in the Syrian opposition. Even though MbS is a vile man while King Fahd was a gentle king.

Most important of all is what Rafik al-Hariri stood for. He was a liberal Sunni with a great deal of tolerance and compassion. Almost a secular in the sense of his open mindedness about religion and its reach. And if Lebanon can produce such men, Syria can certainly emulate the feat because the majority of Sunnis in Syria are liberal-minded. Something the Muslim Brotherhood works hard at denigrating or denying to inflate its influence and membership.

THE SYRIAN OPPOSITION IS WORSE THAN ASSAD

As things stand today, there are very few people in the Syrian opposition that the international community could trust. No human is perfect, and no one is seeking a perfect Syrian oppositionist. Many people want power because they are narcissist bastards, but many want what amounts to greatness in achievements and accomplishments. As of now, no one knows the bad from the great because all Syrian oppositionists are asked to submit to the demands of neighboring and regional countries. Some of these demands, such as booting Iran out of Syria, happen to be in the best interests of Syria.

Will those who reach power one day submit to insignificance or greatness? Only time will tell.

The Syrian Opposition is Worse than Assad

A Muslim and a Jew in the Desert Meet a Muslim Brotherhood
Will Putin Drop an October Surprise to Destroy Donald Trump?
UK Must Treat Asma al-Assad Like it Treats ISIS Wives
Opinions 1006 Radicalism 567 Syrian Democracy 30 Things That Matter 382 Vile MbS 33