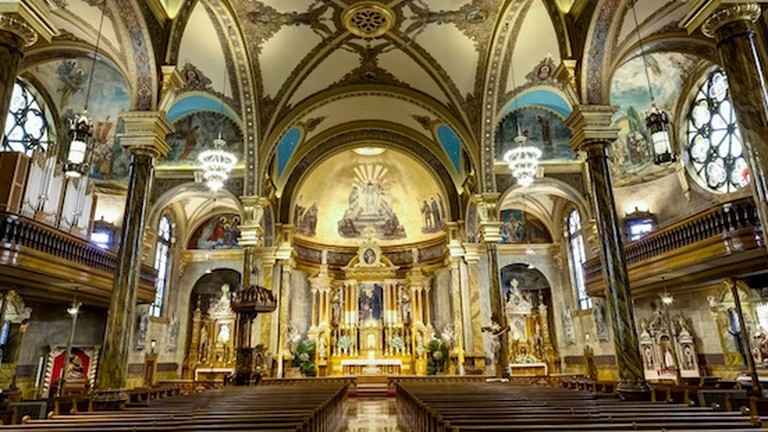 The Slow Genocide Against Christians in the Middle East

Christians in the Middle East have long suffered from the ills of the region because of their religious beliefs. There is a slow process against the Christians using a systematic genocidal signature manifesting itself in a variety of forms. But there also exists a protective shield for Christians under an authoritarian umbrella. Either way, the size of their community is shrinking as we watch their own viability as a vibrant people become an issue the world needs to turn its attention to. Let’s call it for what it is: The slow genocide against Christians in the Middle East.

CHRISTIANS HAVE BECOME AN ENDANGERED SPECIE

According to Daniel Pipes, in an article he published in the Middle East Quarterly, some 12 million Christians remain in the region. In Syria, Pipes offers that the Christian population represented one third of all Syrians in the early 20th century; but now represents less than 10%. Grant you, this is partially due to lower birth rate, as Pipes argues, but persecution and terrorism have been the most painful source of their plight.

AINA, a Think Tank pursuing the global cause of the Assyrian minority, dedicates a large portion of their news to the systematic persecution of the Christian communities in the Middle East. From Northern Africa to Mesopotamia, Christians are experiencing what we call a slow Genocidal cleansing.

It’s obvious who the culprits are. The extremist Muslims, specifically Sunnis, like al-Qaeda and the Muslim Brotherhood, along with a garden variety of off-springs, have been the source of the most obvious of atrocities well documented either by their cowardly statements or declared affiliations. To the naked eye, the region is just a theater of death for the Christians and we, Muslims, are either directly committing these atrocities or are just extras on the set unable to assist.

But what is not obvious to many is the role the Syrian regime may be playing to create for itself an ideal strategic advantage. The Christians in Lebanon are divided between those who support a western-backed democracy (i.e. March 14) and those who support Iranian religious hegemony and armed resistance (i.e. Michel Aoun). Democracy in Lebanon, and a legacy of Christian prominence set by constitutional imperatives, has empowered the Lebanese to enjoy the freedom of dissent. The same is not true in Syria and Iraq ever since the Ba’ath party ascended to power.

THE SLOW GENOCIDE AGAINST CHRISTIANS IN THE MIDDLE EAST

In both cases, the Christians were subdued to obediently support the Ba’ath; in return, their mission and communities are protected by the single-rule Party. A marriage of convenience propelled by self-interests and survival. But when one looks at Lebanon, one sees a Christian community that is relatively free and able to fight for its survival (al-Kataeb). But in Syria, the community relies on the ruthlessness of the regime to protect it from the extremists. Mind you, in Syria there is a vast difference between the Christian civilized demeanor and the peasant class ruling the country today, which is testimony to how self-centric this marriage is.

Not so in Iraq, you say, ever since the transformation from an autocracy to a democracy. True, but a good reason exists.

The whole world witnessed the massacre at Our Lady of Deliverance Syriac Catholic Church on October 31, which was carried-out by al-Qaeda; an act of terror the organization confessed to. The act shows what may not be obvious: A democracy and an authoritarian regime protect the Christian minorities either by empowering them or by safeguarding them. It’s the transformed state, from an autocracy to a democracy, that has been the cause of awakening for all sides: al-Qaeda with its terror and the Christians with their appeal.

However, for one moment, put yourself in the shoes of the Assad regime.

If some of the 10% of Syria’s Christian population, the most prominent because of its accomplishments, vies for more freedom from a ruthless and peasant class of actors ruling Syria, what better way to cement in the minds of that minority as to what happens to its community should it desire to “transform” Syria as well? If you have any doubts Assad does not control al-Qaeda, the US Military Academy at West Point (Combating Terrorism Center) hosts a trove of unclassified documents of interviews conducted in the field of captured al-Qaeda terrorists admitting to be trained in Syria prior to arriving in Iraq to blow-up US troops, Iraqi military training facilities, Mosques, and yes an open market with women and children shopping for their daily needs. Any doubt Assad is capable of blowing a Church in Baghdad?

What about the timing? Assad is in control in Syria, why would he order another act of terror against Iraqis? It’s simple, Iraq is being “transformed” slowly into a more orderly democracy; therefore, Assad needs the Christians in Iraq clamoring for protection as his regime and that of Iran attempt to dismantle Iraq’s newly found freedom. It does not suit his regime to have two Christian communities, on both sides of his borders, poison the Christians his regime “protects”. No freedom for anyone, the Assads have concluded long ago, except for the Alawite minority.

Look how Assad has attacked and killed a score of Christian politicians in Lebanon aided by Hezbollah. All those who died, from Tueini to al-Hawi, were politicians and activists who demanded freedom from Syria. If Assad can target Christians in Lebanon, why would he not target them in Iraq as well for a very useful strategic goal?

In the Middle East, there are two really bad actors: The ruthless and violent ruler (Assad) and the ruthless and violent Muslim extremist (al-Qaeda). One actor rules but is very unpopular and the other gets progressively more popular as the first actor rules. Buy into one, get the other free. Squeezed in-between is the silent majority looking for a way out of political stagnation, economic deprivation, and a bleak and hopeless future. The only thing left for us is to wait until one party wins over the other so that we can focus on the remaining evil.

The Slow Genocide Against Christians in the Middle East