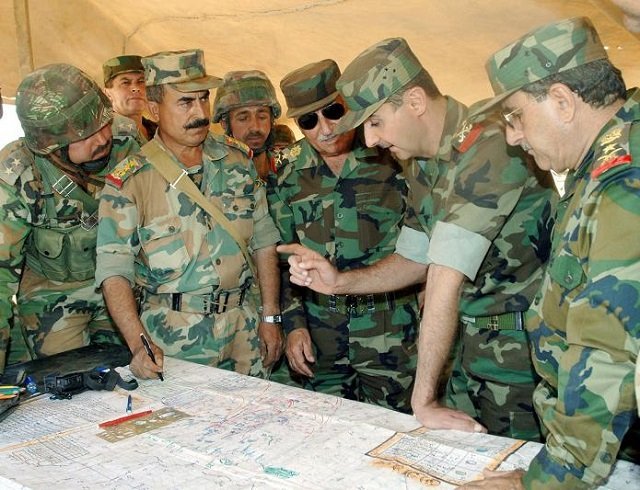 August 23, 2015 9:29 am 0
Mr. Obama’s new tone on Syria
What is Wrong with Iraq and PM al-Maliki?
Assad Begins Starvation Siege of North Homs and South Hama

After a Sunni gas attack against the Alawites civilians in Latakia, there is a narrative to describe the Syrian civil war that has long been forgotten. A refresher is in order before this latest Falafel Assad interview.

Now that we got this short lesson in history out of the way, here is the Falafel Assad interview with regard to the Sunni gas attack conducted with Baschar al-Assad who heads the Syrian opposition. It took place in Qardaha.

Falafel: “Mr. President of the Syrian National Coalition, can you tell us about the latest atrocities committed by the Sunni savages in Damascus?”

Assad: “in Latakia, the Sunni terrorists fired missiles on Alawite civilians. Hundreds have been killed. We demand that Russia stops helping the Sunnis kill our women and children”

Falafel: “What about the United States? Have you received any promises from their President?”

Assad: “He made so many promises to help us. We simply do not trust him anymore.”

Falafel: “We know the U.N. has been paying the Alawites of Syria lip service with their kind words and eulogies. How would you describe the role of the U.N. with regard to protecting the Alawite civilians?”

Assad: “The U.N. is one giant NGO masquerading as an international political body. They should stick to charitable work.”

Falafel: “We understand that gassing the Alawites has its root causes when the Alawites employed Sunni maids in their homes. This whole war is about avenging Sunnis playing housekeepers to Alawite families.”

Assad: “Yes, we mistreated their women when they worked in our homes, but is this reason to hate us so much as to gas our women and children?”

Falafel: “What is next for you Mr. President”

Falafel: “What message do you have for the Sunni Ayatollah in Tehran?”

Assad: “We will one day avenge your terror in supporting Sunni terrorists. We will see all the Sunni Mullahs hanging in Qardaha one day after fair trials.”

The Falafel Assad interview ended on this sour note.