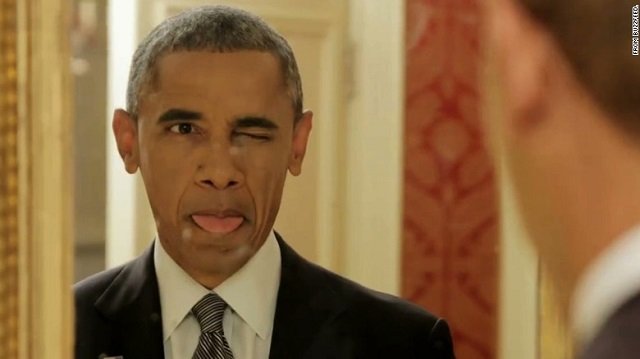 The Idiots at the White House

September 20, 2015 5:33 am 0
Do Unto Others..
Every Muslim Should Become a Jew for One Day
One Should Learn from Samar Yazbek

Donald Trump is absolutely right when he says that our country is being led by idiots at the White House.

Read the story below by the Financial Times of London to get a sense of the shock and awe these two idiots at the White House and State Department feel when they begin to understand what Putin is up to in Syria.

Putin tells Obama he is in Syria to fight ISIS, the idiots at the White House believed him.

The Obama administration believes that Russia has sent air-to-surface missiles to Syria, raising “serious questions” about the purpose of Russia’s rapid military build-up in the country.

US secretary of state John Kerry said on Saturday that the increased Russian military presence in Syria also included fighter jets with air-to-air capabilities that would allow them to engage with other combat aircraft.

The new details about Russia’s presence in Syria are important because the capabilities are of little military use against jihadi groups such as Isis, which is Moscow’s stated reason for its increased intervention in the Syrian conflict. However, the new weapons do increase the risk of some form of confrontation between Russian forces in Syria and aircraft from either the US-led anti-Isis coalition or Israel.

“That is precisely why we are engaged in further conversation about answering those questions and about de-conflicting the Russian activities from ours.”

Speaking last week before the new details about Russia’s military presence were revealed, a US official said that one of the key barometers of Moscow’s intentions would be if it sent weapons such as anti-aircraft missiles that had little obvious use against Isis.

Until now, the material that has been observed at the airfield near Latakia being used by Russia has included attack helicopters, artillery and tanks, as well as more troops.

Mr Kerry also said on Saturday that the US was prepared to negotiate the timing and conditions for Syrian Bashar al-Assad to step down from power.

Kerry is talking about Assad stepping down at a time when Putin is installing mightier weapons to support him. The idiot does not realize that Putin has zero incentive to listen to his nonsensical comments.

This is like a scene straight out of Hollywood.

As the idiot evil man is shot dead, his last words to his killer “I’m going to kill you”. This is how the idiotic words of Kerry sound like as Putin empowers Assad with every lethal weapon Russia has in its arsenal while Kerry seeks his removal with diplomacy. It is truly surreal.

America has elected idiots at the White House.

The Idiots at the White House

Do Unto Others..
This White House Near East Black Hole of Terror
The “Fill the Blanks” President
Slippery Barack Obama 971