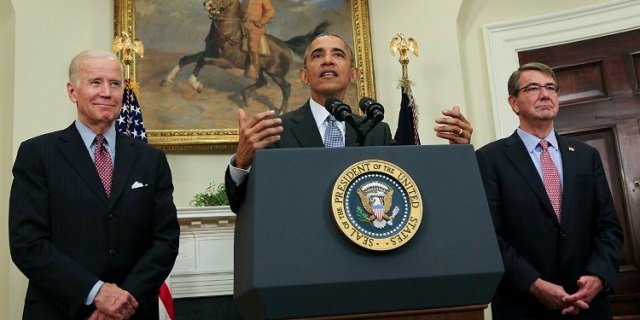 Colin Kahl, Vice President Joseph Biden’s National Security Advisor, reportedly told a conference at the RAND Corporation that the $100 billion released to Iran under the terms of the Comprehensive Joint Plan of Action (JCPOA) were “being used for domestic investment, to the dismay of [Qods Force chief] Qassem Soleimani.” Really?

It would be useful for Kahl and the White House to provide details — perhaps even a balance sheet — to justify that statement because, frankly, it appears to be based more on wishful thinking than reality. Reporting in the Iranian press paints a far different picture:

In addition to the $100 billion Iran receives in unfrozen assets, of course, there’s also the fact that the new foreign investment Tehran now attracts goes disproportionately into the coffers of the Islamic Revolutionary Guard Corps.

Soleimani now has his disposal greater resources than he ever might have imagined when Iran’s economy wallowed under sanctions and prior to a nuclear deal that, unlike those made previously with South Africa and Libya, didn’t involve a complete and permanent dismantling of the problematic nuclear infrastructure.

Both as senator and then as vice president, Iranian leaders have outplayed Biden. To insist absent evidence the opposite does neither the White House nor national security any credit. There simply does not appear any evidence to suggest that Iranian leaders have invested cash disproportionately to the benefit of ordinary citizens or favored the Iranian people over the Islamic Republic’s military. Rather, it seems as if Kahl is simply making things up to obfuscate the true results of the Obama administration’s Iran policy. It’s time for Kahl to come forward with the corroborating evidence.