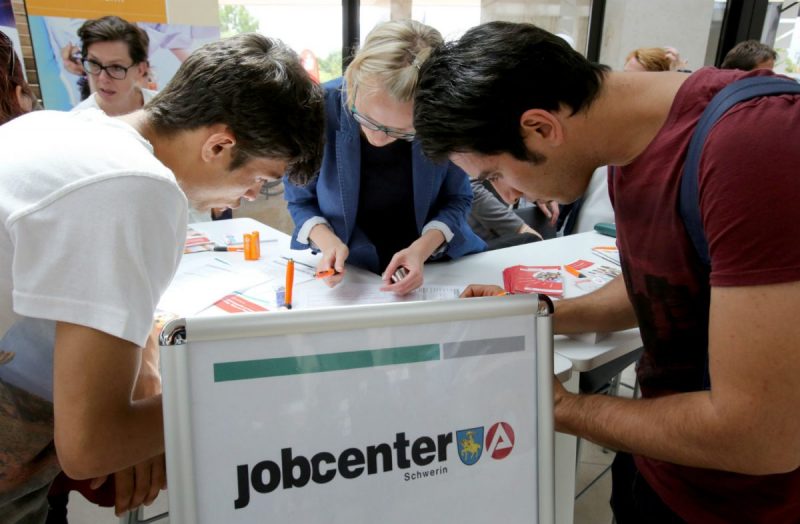 August 16, 2018 6:33 am 0
Iran Spends Billions to Prop Up Assad
Syrian Children Refugees in Black and White
Will Turkey Save Idlib From Assad and Putin Terror?

German companies managed to attract more apprentices to on-the-job training schemes last year due to a surge in applications from asylum seekers from Syria and Afghanistan, data showed on Wednesday. Syrian refugees becoming productive in the German economy.

The findings could be a boon for Chancellor Angela Merkel who has faced strong criticism from the far-right, anti-immigration Alternative for Germany (AfD) party as she has defended her decision to allow in more than one million migrants since 2015, many refugees from war zones. The Syrian refugees becoming productive in the German economy.

Shortages of skilled labor and a lack of young people willing to commit to on-the-job training for up to 3-1/2 years have become big concerns for managers in Europe’s largest economy.

Vacancies for training positions have reached their highest level in more than 20 years with more than a third of companies unable to fill all of their training spots.

However, the high number of asylum seekers has helped to ease the problem, data from the Federal Statistics Office showed on Wednesday.

The number of new trainees with no German citizenship rose by 10,500, helping to lift the overall number of new vocational training contracts by 5,700 to 515,700 in 2017, the data showed.

Interest was particularly strong among young men from Syria as their number among the new apprentices more than tripled, the office said. Without their applications, German companies would have ended up with fewer new trainees.

Merkel has argued in the past that Germany’s ageing society could also benefit from the humanitarian decision to help refugees.

The head of the BDA employers association, Steffen Kampeter, said:

The numbers of young refugees who started on-the-job training increased significantly. That’s good news, and it underpins (that) integration through education can succeed.

Since August 2016, asylum seekers can continue on-the-job training over three years and work for another two years under certain conditions even if their asylum requests were rejected.

This so-called 3+2 rule is meant to facilitate integration and to reduce the risks for companies that they lose a skilled worker after having invested in his or her training.

Germany’s dual-track training system, which also includes theory lessons at vocational schools, is being exported in various forms to Europe, Asia, Africa and the United States. But its popularity is waning at home as young people increasingly prefer the higher status of a university degree.

That could hurt growth in Europe’s biggest economy by exacerbating a skilled labor shortage, which is partly caused by hundreds of thousands of ageing employees leaving the labor market every year.

Assad Torture Prisons Are on the Rise Says the NYTimes
UN raises billions for Syria relief, and critics ask if it is helping Assad
Iranian COVID-19 Outbreak Mirrors the Secretive Outbreak in Syria
Syria News 1210 Syrian Refugees 66 Things That Matter 382