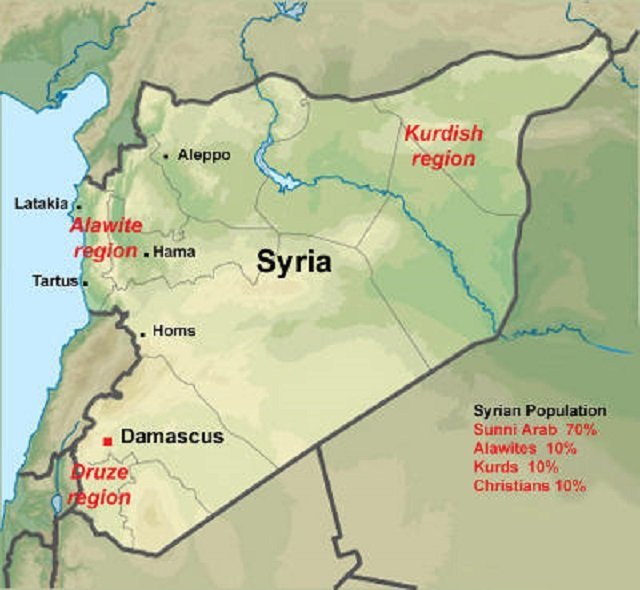 October 22, 2015 10:13 am 0
We are Syria’s moderate opposition – and we’re fighting on two fronts
Iranian Troops Redeploy to Yemen from Syria
It is not about domestic terror, it is about international terror

Even those who supported the Iraq War to remove Saddam Hussein from power today admit to their folly. That singular act has empowered the Mullahs in Iran beyond their dreams.

What if, one must ask today, those in pursuit of Syria splitting into smaller pieces are making another irreparable mistake? Gaza is the best example of a linear assumption that smaller cantons are naturally ill-equipped to terrorize others.

What if splitting Syria creates three or four Gaza-like environments populated by angry victims feeding the proxy wars being waged by anti-American entities in the region? Have those in pursuit of Syria piecemeal considered this option?

What if smaller cantons of terror we once called Syria become a feeding ground for proxy terror much a la mode today because of its applicable success? Grant you that the Kurdish regions will refuse such attractive offers if independence works its way towards their nationalistic aspirations.

But what about an angry Alawite enclave now threatened by Sunni Muslims for generations to come? Or Sunni arid lands tucked between the Mediterranean and Baghdad hardly enabling self-sufficiency with no resources? Are they not perfect candidates for anti-American proxy wars?

Splitting Syria may multiply anger and terror, and create unpredictable conditions the likes Saddam’s removal from power have produced.

Desperate times require desperate measures. In the Middle East, however, reacting to desperate times have proven to create even more desperation. It is not because we understand little of the region. Just the opposite, it is because we can predict reactions that we must consider what might happen if Syria splits much more carefully.

The proxy-wars have become the golden standard by which superpowers and their allies fight each other. It is a standard that naturally attracts smaller and poorer countries hopelessly living in the twilight zone of human endeavor. Splitting Syria may multiply anger and terror because it may multiply the number of proxy countries willing to step in the abyss of violence in the service of one grievance or another.

So before you rush to create the conditions for Syria to split, consider how easy a prey Gaza is to Iran. Consider that Assad may no longer need to forge ISIS because the splitting of Syria becomes a natural-ISIS oasis for proxy hunters.

One strong Syria led by men of peace is the answer to the Assad era of evil and terror and to the terror of ISIS. As far as the Kurds are concerned, Syrians might trade away their lands in return for an Assad-less Syria. Let us concentrate on two positives instead of smaller multiple pieces of negatives.

Split Syria at your own peril.