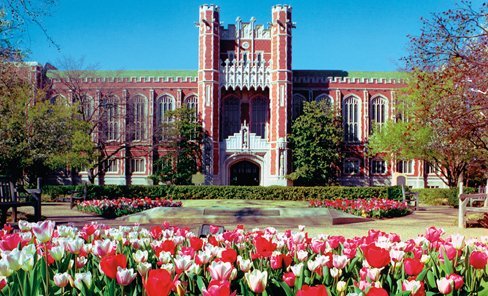 The Little Goebbels from Oklahoma

The little Goebbels from Oklahoma Joshua Landis, operator of Syria Comment Blog par excellence, has recently been invited by the Wilson Center to showcase his knowledge about Syria and to render his valuable opinion with regard to the civil war raging. The Examiner saw it fit to extol the event through the words of Michael Hughes who covers the US State Department for this locally-based contribution outlet according to his brief bio.

For those who have no clue who Joshua Landis is, let’s say that when Baschar al-Assad, the butcher of Syria, wants some propaganda to be disseminated, besides Vogue Magazine and Barbara Walters, he turns to a handful of little Goebbels planted on US soil to do his bidding for him. Most of these artists are connected to Assad by the pocket and some, like Landis, are also connected by the hip through marriage to one of Assad‘s high military officers. They are the ones killing women and children today.

Needless to say that all of those little Goebbels from Oklahoma, like Landis, have mastered their art to directly as well as indirectly support Assad. To people like Landis, Assad’s crimes are meaningless . If I recall my WWII history, German early propaganda led to the Nazi takeover of Germany using the Treaty of Versailles as the catalyst for Nationalism. No such fervor is as existentialist to Assad, so he invented “resistance” and armed the little Goebbels from Oklahoma abroad to scare the west using a defanged Muslim Brotherhood, which worked until real Syrians with real grief took to the streets.

So, during the last 15 months, Joshua Landis went into a semi-hibernation state. What could be said to defend Assad after all? Eventually the Assad violence brought the country into a state of real civil war and gave rise to extremist factions to fight the sectarianism planned by the regime. Now was the time for the little Goebbels from Oklahoma to stick his head out and flap their tongues with words of wisdom and the Wilson Center provided the podium. The Syrian equivalent of the Nurenberg Photo Tour will provide space to the Wilson Center after Assad is deposed.

According to the title of Hughes’ piece, Landis thinks Obama is “smart” not to interfere in Syria. If there is any opposite to Hiram Bingham IV or Raoul Wallenberg, you will find it in Landis. His job is not to save Syrians or Israelis or even Americans who were hunted like dogs in Iraq by the terror of Assad but his job is to save killers and murderers. The future “Avenue of the Immoral” in Damascus is taking shape already.

During an earlier period, Joshua Landis, the little Goebbels from Oklahoma, “copied” a piece written by one of his many errand boys on Jack Abramoff after his arrest. Somehow, the errand boy of Landis found a way to connect me personally to Abramoff by linking his multi-user office suite company to the Reform Party of Syria because we also rented a suite with the same company at 1701 Pennsylvania Avenue in Washington DC. That I knew Abramoff or not (and I did not know the man) was of little consequence to Landis. He wanted to peg me against the wall by smearing my reputation any way he can.

Joshua Landis was the little Goebbels from Oklahoma who made sure that such lies were spread as wide to discredit an honest opposition to Assad. It took a letter to the Provost of the University of Oklahoma, who was hosting these lies, before he was asked to remove it forcefully. The man has no scruples and no principles.

One would understand an opposing point of view and in fact would welcome such views to highlight differences of opinions; but with Joshua Landis, the operation is not about an opinion but about lies, deceptions, and hypocrisy (An American supporting a killer of American soldiers. Sons and daughters of his neighbors).

I truly think the University of Oklahoma can do better than this.

The Little Goebbels from Oklahoma

How Sunnis Massacred and Ethnically Cleansed the Alawis
Assad must be dreaming he can glue Syria together
I get it now, Assad is protected to torture Israelis
Syrian Revolution 1335