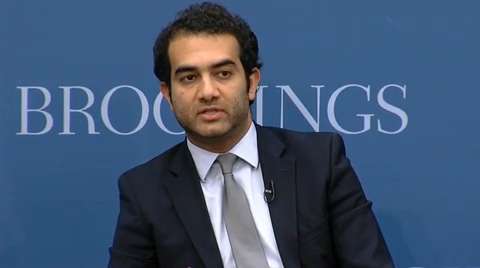 August 17, 2014 5:09 pm 0
WH accused of coordination with Assad
Bird of a Feather Flock Together
How Four Years of Civil War Has Destroyed Syria

In an interview on Fareed Zakaria GPS show on CNN, Shadi Hamid who is a fellow at the Brookings Institution Center for Middle East Policy said of the following when Zakaria asked him “Sould have the US intervened in Syria”

Yes. I mean the rise of ISIS is tied more to the Syrian civil war. And Bashar al-Assad is really the root cause of the problem, in many ways. You had peaceful protesters in 2011. They were being shot down. And then more and more Syrians took up arms.

We had an opportunity early on, in early 2012, to intervene militarily in Syria. And many of us were calling for that, not just arming the so-called moderate rebels, but targeted air strikes, the creation of safe zones. That what was necessary then. And many observers warned the Obama administration, if you don’t do more now, this is going to come to haunt you in the future, that the radicals are going to rise, they’re going to gain ground. And that’s precisely what’s happened now.

And I think in some ways, it’s too late. Even if we had the ideal president doing the ideal list of things, so much damage has been done over the last three years. And this is why sometimes, if you keep on waiting, if you keep on dithering, the costs are tremendous.

Watch that portion of the discussion on CNN here.

The Brookings Institution is a centrist organization. Given that Hillary Clinton distanced herself from the failed Obama policy on Syria by unleashing her own opinion on the matter, we are going to see more echo coming out from Think Tanks and authors confirming her opinion. .

It is also a sign that Obama’s luster is fading as he approaches the mid-term elections weakened by his own failed policies.