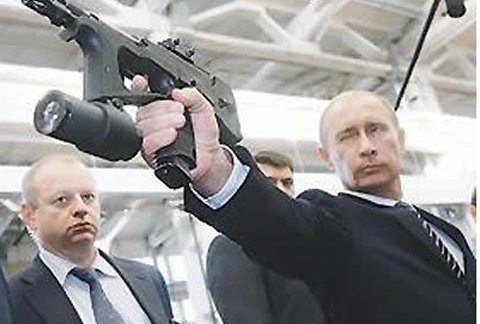 June 20, 2015 2:19 pm 0
Russian Soldiers Challenging Putin Over Syria Deployment
Putin is serious about entering Syria — and not to go after ISIS
Tacit Agreement Between Obama and Putin to Save Genocidal Assad

Saudi Arabia on Saturday urged its citizens not to distribute “documents that might be faked” in an apparent response to WikiLeaks’ publication on Friday of more than 60,000 documents it says are secret Saudi diplomatic communications.

The statement, made by the Foreign Ministry on its Twitter account, did not directly deny the documents’ authenticity.

The released documents, which WikiLeaks said were embassy communications, emails between diplomats and reports from other state bodies, include discussions of Saudi Arabia’s position regarding regional issues and efforts to influence media.

According to the premier Saudi whistle blower “Mojtahed”, Putin asked Saudi Arabia to drop its oil production, signs a $10 billion arms deal with Russia it canceled, and un-freeze another one for 48 MIG-29 for Egypt valued at $7 billion.

Saudi demands dealt mostly with influencing Iran to stop arming the Houthis in Yemen and to work with Saudi Arabia on finding an alternative to Assad.

In effect, the Saudis refute oil price drop unless their demands are met, Putin refuses and orders WikiLeaks leaks.

Putin, who is known for his hate for all Sunni Muslim because of his war on Chechnya., responded by asserting his support for Assad publicly and by instigating the WikiLeaks Saudi documents going public. The NSA, in the past, has accused WikiLeaks and Russian intelligence to work intimately together.

Saudi Arabia made a mistake going to Putin again without having in its possession stronger cards than to purchase weapons. Putin reacts to power, not money.

Saudis refute oil price drop is interpreted by Putin as war on Russia.

The Kingdom has no choice now but to double down on its war against the Houthis in Yemen and against the Assad regime in Syria, as well as flood the market with cheap oil. Saudis refute oil price drop means they must react to this WikiLeaks moment.

Anything less will be viewed as weakness by Putin. He will not hesitate to destabilize the Kingdom.

Time to begin deploying the Arab Joint Army the Arab League formed early this year to fight the Houthis in Yemen, and bring back Bandar bin Sultan to manage covert operations and Saudi strategic assets deployment.

Only boots on the ground will impose on Putin and the Mullahs.