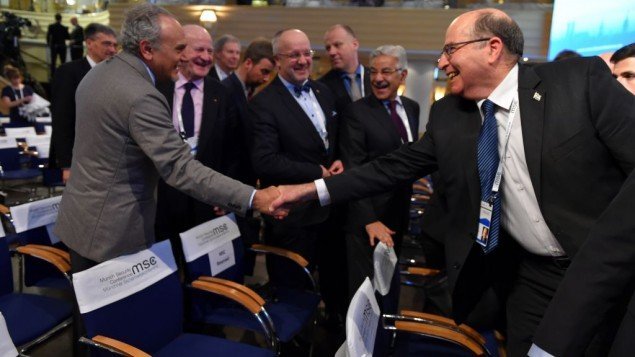 If you had to take a secret survey of world leaders expressing their dislike of Barack Obama, you would be shocked of how many simply hate the man. Let us start with Saudi Arabia, a nation that has seen the US president empower and unleash its worst enemy in Iran. The Saudis hate Obama enough to salute an Israeli official at the Munich Security Conference as an expression of solidarity with a country Obama hates with passion.

The handshake did not happen because of thaw in relations. It happened because both countries dislike Barack Obama deeply for his support of their mutual enemy Iran.

In England, Queen Elizabeth snubbed the Obamas for Michelle’s undignified public friendliness when the first lady wrapped her arms around the queen as if to say “You are no better than me and I’m going to show the world”. This after Barack Obama returned the bust of Winston Churchill to the British Embassy the moment he entered the White House. Don’t expect any British leader ever to welcome an Obama after the president and his family leave the White House. In fact, we can see the British arresting Obama next time he travels to England. Charge? Smuggling weed for personal use.

As far as Germany is concerned, Barack Obama presided over an NSA that listened to Angela Merkel’s personal mobile phone conversations as well as monitoring German citizens without approval from the German sovereign state. Those crowds that showed up the first time to hear him speak have all but disappeared. Our guess, next time Obama shows his face in Germany, he will be met with a bratwurst fest flying into his face.

The French are no different. Barack Obama snubbed meeting with French President Francois Sarkozy at the 65th D-Day anniversary celebrations. The French aristocracy has this extended memory of never forgetting those who snub them. Next time Obama shows his face in France, they will dispatch drunkard policemen to greet his motorcade and drive him in circles around Paris. To make sure he understands what it means, they will leak a video of his inebriated motorcade lost in the jungle of Paris for the French to have a hearty laugh.

As far as the Middle East goes, let us not even go there. The Saudis hate Obama enough to salute an Israeli official. What more can one say? Not even the Mullahs Barack Obama bowed to can stand him. No Arab, no Iranian, no Turk, and no Israeli have anything positive to say about a president who watched their people either suffer or die without lifting a finger. We doubt that any country in the Middle East would ever invite Barack Obama to visit. In fact, there is a Palestinian, the spitting image of Obama, who was seen last throw a Molotov cocktail at a bus in Jerusalem. As such, the Israelis have every right to issue a warrant for his arrest pending investigation after Obama leaves office.

Let’s not go to Ukraine either. We are told they are banning the name Barack nationwide and Obama’s book has been censured. To the Ukrainians, selling the book “Dreams from my father” is equivalent to the Israelis selling “Mein Kampf”. The love Barack Obama is capable of attracting has no limits.

We believe the first black US president is going to be a pariah-in-chief once he leaves office. We are certain there is a despot somewhere around the world like Baschar al-Assad or Raoul Castro who may one day invite Barack Obama to their Cuba or Alawistan to make Obama look good.

We hope he responds to their invitations because this is really the only company he deserves.