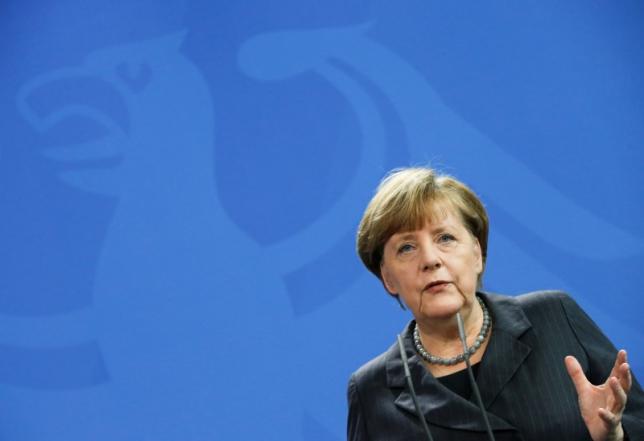 German Chancellor Angela Merkel said in a newspaper interview released on Monday that she favored establishing some sort of no-fly zone in Syria to protect an area where refugees could be safe from attack. Good Morning Berlin. Maybe Merkel needs to say it in one of her personal mobile conversation for Barack Obama to hear it.

Merkel told the Stuttgarter Zeitung newspaper in response to a question:

“In the current situation, it would be helpful if there was an area there in which none of the warring parties carry out attacks by air – so a type of no-fly zone.”

After five years of Syrians screaming for a no-fly zone into the deaf ears of Barack Obama, it dawned on Europe that such act of benevolence could also save their left leaning governments from extinction at the hands of the criminal Putin.

Merkel had previously rejected the safe zone idea, warning that, if security could not be guaranteed, it could put refugees at risk of being massacred like in Srebrenica, where some 8,000 Muslim men and boys were slaughtered by Bosnian Serb forces in 1995. Assad has caused the death of 470,000 Syrians.

It would also be helpful, she said, if supporters and opponents of Syria’s psychopath Baschar al-Assad came to such an agreement. But it would not be possible to negotiate with the Islamic State movement, she added.

Turkey has repeatedly called for a safe zone to be set up in northern Syria but the United States and other NATO allies are wary, fearing it would require an internationally patrolled no-fly zone that could put them in direct confrontation with Assad and his allies.

Turkey, which already hosts 2.6 million Syrian refugees, has tried to keep the latest wave on the Syrian side of the border, in part to pressure Russia to cease its air support for Syrian government forces near the city of Aleppo.

Merkel said that Russia’s airstrikes around Aleppo were making “everything even more complicated” and expressed sympathy for the Turkish government’s position.

“I can totally understand Turkish politicians reproaching us Europeans for not being able to explain not taking refugees in Europe while at the same time urging them to keep their Turkish borders open for further needy Syrian refugees,” she said.