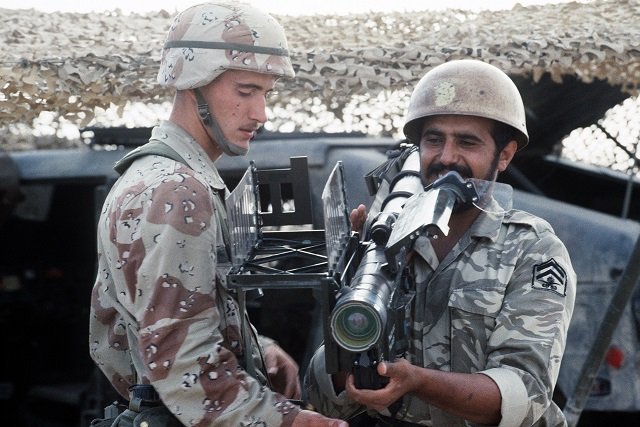 Saudi Arabia Will Lose to Iran in Syria If …

Hezbollah and the Syrian army struck on Friday militant positions inside the Syrian town of Zabadani at the southern end of Qalamoun.

Zabadani was bombarded with heavy rockets and artillery. Warplanes also dropped illegal barrel bombs rigged with explosives over the area.

Further north, Syrian forces carried out heavy airstrikes on rebel positions in and around the northern city of Aleppo whose aim is to repel a major offensive on areas controlled by Assad in West of Aleppo.

The rebel attack against government forces, the most intense offensive in three years, aims to build on recent advances against Assad by an array of groups fighting on separate fronts.

In both battles, the Assad air force edge is protecting Iran in Syria indirectly by extending Assad’s life. Saudi Arabia will lose to Iran in Syria if it cannot deploy a strategy to neutralize Assad’s air force.

As suggested in an earlier article (Virtual No-Fly Zone Only Saudi Arabia Can Build), the Syrian civil war is extending the life of ISIS. By stopping Assad, Syrians would be able to limit ISIS damage in the region.

Saudi Arabia will lose to Iran in Syria if it does not deploy special forces with their own Stinger arsenal to defeat the Assad air force. If Barack Obama complains, King Salman can tell him to relax and go play Golf.

Such deployment cannot happen in a vacuum because the U.S. is actively bombing ISIS over the skies of Syria. However, in a region like Zabadani where only the Syrian air force is operational, it does not take a genius to realize how effective it would be to cut-off Hezbollah from the West of Syria.

Saudi Arabia will lose to Iran in Syria if Assad remains in power; however, for those wondering what happens when the central government in Damascus collapses and Assad falls, here ave three plausible scenarios.

Either one of these three scenarios is far better than an Iran Obama dares not to touch armed with possibly nuclear weapons; now entrenched more than ever in Damascus the more time passes.

We can defeat ISIS because it has no U.N. seat, no international laws to protect it, and Russia plus China will not complain if we strike it. The same is not true of Iran Russia uses to spar with the West and a U.N. seat that legitimizes its terror.

Saudi Arabia will lose to Iran if Saudi Arabia does not actively defeat the Assad air force in Syria.

A win in Syria for Iran means it won in Yemen.

Saudi Arabia Will Lose to Iran If …

Is Assad preparing for dismissal of his crimes?
Dumber than Dumb
Obama Licenses Iran To Ship Missiles to Hezbollah
Syria News 1213 Syrian Revolution 1335