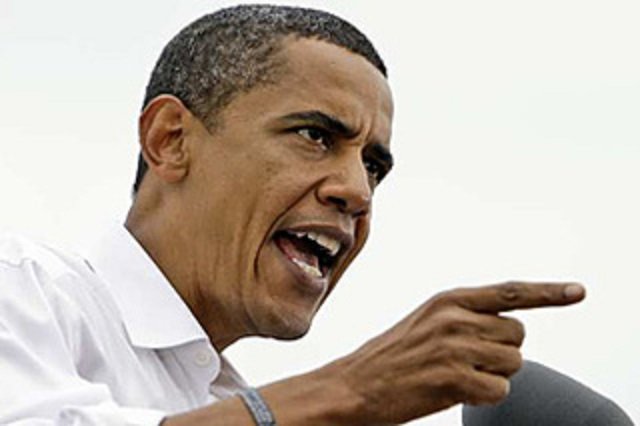 Obama: The Most Dangerous Man

November 25, 2013 9:53 am 0
Assad to Syrians is what AQ is to America
Obama making Iran stronger, more destructive
For Heaven’s Sake, We Are the United States of America

After five days of marathon negotiations with Iran, the P5+1 countries inked an agreement on November 24 that by all accounts has as many holes in it as a fishnet.

The worst, in my opinion, is based on trusting Iran following certain procedural steps against known sites without the benefit of verifiable intelligence. If Iran has one secret site to enrich Uranium none of the P5 countries has any knowledge about, the deal President Obama pursued so fervently would make him look like a real amateur. In your opinion, what are the chances Iran has such a site?

From a Syrian-American perspective, the deal also releases funds the criminal Khamenei will use to kill more Syrian children and women. Unlike WWII when the world realized too late Hitler’s Final Solution, the starvation and killing of the innocents in Syria are one YouTube for both Obama and Kerry to see. That’s what makes them both far worse than Chamberlain could ever be. The peacemakers, in Obama and Kerry, are really, but indirectly, Genocide legitimizers and enablers.

In our book, and because of all the powers he enjoys, this makes President Obama the most dangerous man alive. This is as tough an accusation anyone can level against a warmonger, let alone one who parades as the ultimate peacemaker.

Both Obama and Kerry are quite knowledgeable about the atrocities being committed by the Assad regime against the innocent women and children of Syria, and both have turned their back on them just so Obama can lift his sagging poll numbers by a point or two and simultaneously stab Israel in the back, something he is skillfully masking under a peace initiative. Did you see that end zone football spiking by Obama for sticking it to the Jews?

What led to the Iran bad deal are the financial pressures the US and Europe, which have become the catalysts to declining fortunes and powers. Those declining fortunes are due mostly to Socialist ideas and practices, but while fixing them, why not enable tyrants and genocidal maniacs? In Obama’s case, why not harm the Jews by enabling their worst enemies? Socialism is a spiral of a self-fulfilling prophecy where domestic polices force the shaping of international politics based on further destroying the very solutions to solve the curse of Socialism.

Further, when you watch how Islamic extremism is on the rise, why is Mr. Obama paying attention to empowering more extremism? No one in the US Congress or the US Media is asking this basic question. Many have forgotten 9/11 except for the annual Memorials just to be politically correct.

With this Iranian deal, Mr. Obama just told the Israelis and the Saudis “You dismantled the Islamists I installed in Egypt, I will empower the Islamists you cannot touch and should you do, American radars will warn the Iranians”. Any doubt the most dangerous man in the world today occupies the White House? The American public still does not realize who Barack Obama is. He is the best friend America’s enemy could have, which makes him, in my simple book, an enemy of America.

Think back to Obama, most dangerous man, and Kerry accepting Iran’s conditions on November 10 had it not been for France, which objected. A deal at any cost that Americans had to rely on the French to protect them from. This time around, the French buckled under pressure from Obama. This disposition to strike a deal at any cost is what makes Obama the most dangerous man.

What is the message here, when Assad welcomed the Iran deal and most in the US Congress have refuted it, except that Obama’s actions are more in line with Syrian and Iranian interests than they are with US interests? This makes him the most dangerous man to America’s interests.

The most dangerous man is crossing lines that would start more wars, empower more extremism, and prepare more societies to break apart. Can someone please call the spade a spade or are we just going to take it on the chin until Capitalism loses to Saul Alinsky the way the Sailors of Kronstadt lost to the Bolsheviks.

Obama: The Most Dangerous Man