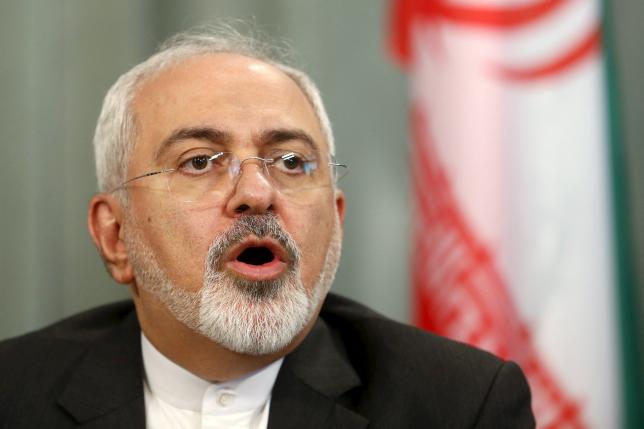 Iran’s foreign minister said on Sunday it was too early to talk of reopening the U.S. Embassy in Tehran, as Britain restored its diplomatic mission four years after protesters ransacked the British ambassador’s residence.

Is Iran trapping Obama for more concessions? Will John Kerry beg Iran to open a U.S. mission in Tehran?

Iran’s Foreign Minister Javad Zarif, asked if Tehran would now countenance a restoration of the US diplomatic mission, said the United States’ “illogical attitude” towards Iran meant the time was not ripe for a similar move with Washington.

“It seems that there needs to be a change in that kind of attitude and behavior on the part of the U.S. So the situation is different with the U.S.,”

Humiliating America has become a hobby for rogue states under the Obama administration.

The U.S. embassy was sacked in the early days of the Islamic Revolution in 1979 by students who feared a repeat of a 1953 coup, when the CIA orchestrated the overthrow of Iran’s prime minister. The ensuing U.S. hostage crisis lasted 444 days and Washington and Tehran have yet to restore diplomatic ties.

Iran reopened its embassy in London on Sunday in a reciprocal move that followed a deal on Iran’s disputed nuclear program reached last month with six major world powers, including Britain and the United States.

Is Iran trapping Obama to provide the Ayatollahs with concessions we are not aware they asked for?

U.S. President Barack Obama has promised to exercise his veto if the U.S. Congress, dominated by Republicans opposed to the deal, rejects the agreement, which would start the process of lifting a raft of sanctions which have hurt Iran’s economy.

How Obama Is Selling Out the Middle East to Iran
Obama’s Iranian Reformists: Donkeys and Women Have No Place in Iran’s Parliament
Why worry when Assad and Abdullah agree?
Slippery Barack Obama 976