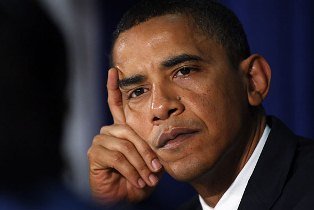 November 6, 2010 9:39 am 2
To Roll Back Saudi Intervention, Putin Orders Assad to Respect Ceasefire
Conspicuous failure of U.S. foreign policy in Syria
Will Assad Escape to Venezuela?

Some know that power yields peace, some know it but ignore it, but many know it but cannot come to grip with using it. Conversely, some know that appeasement of a sworn enemy is foolish, some think it is foolish but will not act upon it, but many still do it hoping it will yield results. Add the element that Arab rulers view appeasement as a weakness and and you have a disastrous recipe Barack Obama, Hillary Clinton, and John Kerry remain in denial over it.

None of the concerns the US has over Assad’s policies in the region have been satisfied as the Obama administration has been engaging with him over the last two years in the hope Obama can demonstrate his finely-tuned diplomatic skills. Assad maintains a tight grip on Lebanon by interfering in the country’s internal affairs, he continues to support the enemies of Iraq in their campaign to keep the country destabilized, and Assad has yet to defang Hezbollah or curb its appetite to expand its footprint in Lebanon as the main Iranian proxy on the Mediterranean.

This is not just failure, this is the ugliest diplomatic failures one can expect from the prestigious Office of the White House. Yet, neither Congress nor the Senate is about to call Obama on this travesty of justice against the people of Lebanon, Iraq, or Israel. This is the ugly failure of Obama’s policy towards Syria.

But things may change in January of 2011 when the iron lady Rep. Ileana Ros-Lehtinen is expected to chair the Foreign Affairs Committee in Congress. I have known Ileana for many years and there is no tougher-minded representative than her in politics today. She will have the total support of the new face of conservatism in Rep. Marco Rubio, but more importantly Ileana dislikes the Assad regime and will have an impact, I believe, on US policy by calling Obama on his failure to turn Assad around.

The next 2 years will be very interesting indeed. I can’t wait for John Kerry to open his mouth on this subject as one of the architects of “Appease and Engage Assad”.

Meanwhile, Assad is arming himself to the teeth. Missiles, radars, defense systems, etc… you name it Assad has bought it from the Russians who are happy to practice Capitalism and snub the US at the same time. Assad believes he is preparing for another Iraq but the real danger will come from within next time around. Against this backdrop, he has maintained an iron grip on the Kurds in the belief that the Kurds can, with their discontent, spark upheaval and by relying on the Iranians IRGC to partially control his internal security. Assad is counting on their techniques to avert an uprising from within. Good luck with that.

It’s time to call Obama’s foreign policy on Syria an ugly failure. He has had a free pass the last two years but no more. Rep. Ros-Lethinen will pressure everyone from the White House down to the desk officer at the US State Department to highlight what should have been highlighted long ago by the mainstream media who foolishly still believe Obama walks on water.