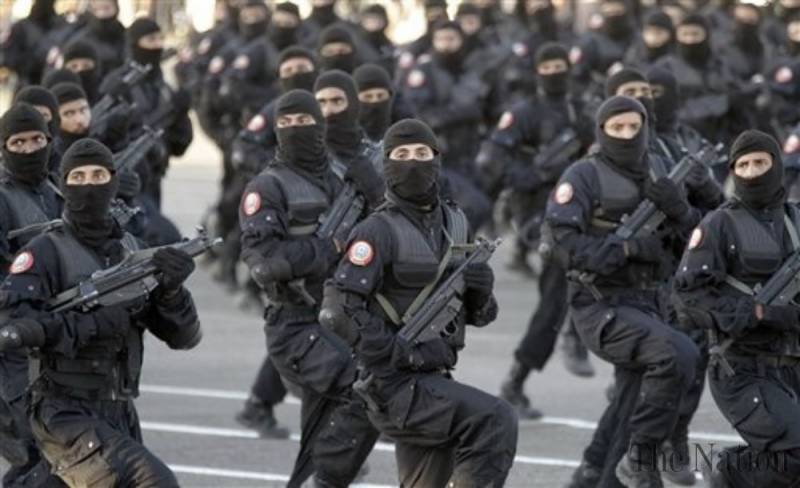 Saudi Foreign Minister Adel al-Jubeir on Monday held out the possibility of sending Saudi special forces into Syria as part of a U.S.-led coalition against the Islamic State. Saudi Arabia may send Special Forces to Syria trained by the US military. .

“There is a discussion with regard to a ground force contingent, or a special forces contingent, to operate in Syria by this international U.S.-led coalition against ISIS and the Kingdom of Saudi Arabia has expressed its readiness to provide special forces to such operations should they occur,” he said.

Al-Jubeir spoke to reporters after he met for the second day in a row with U.S. Secretary of State John Kerry. Their talks focused on conflicts in Syria and Yemen. Al-Jubeir declined to say how many troops Saudi Arabia might be prepared to send.

Last week an adviser to the Saudi defense minister said Saudi Arabia was ready to participate in any ground operation in Syria but did not specify the possibility of sending special forces.

Four months of Russian air strikes have tipped momentum toward Syrian psychopath Baschar al-Assad in the nearly-five year Syrian civil war in which at least 250,000 people have died and more than 10 million have fled their homes.

The Syrian army advanced toward the Turkish border on Monday in a major offensive backed by Russia and Iran that rebels say now threatens the future of their nearly five-year-old insurrection against Assad.

U.S. President Barack Obama has resisted committing U.S. ground troops to the Syrian civil war given the U.S. experiences in Iraq and Afghanistan, but he last year decided to deploy up to 50 U.S. special operations forces

“We welcome this proposal by the Saudis to intensify their efforts by introducing some sort of ground elements into Syria,” U.S. State Department spokesman John Kirby said at his daily briefing. “Exactly what that’s going to look like and how that’s going to play out I just don’t think we can say right now.”