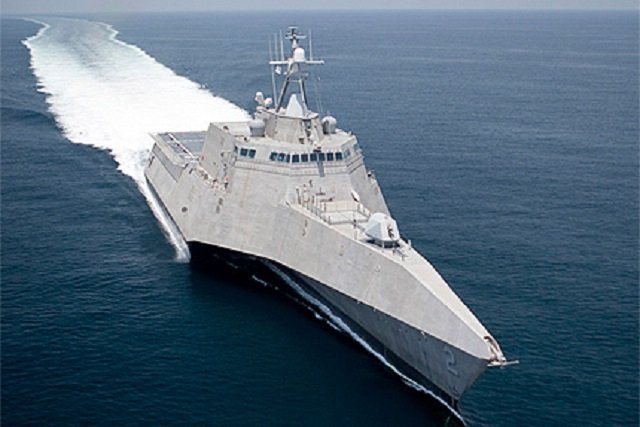 Saudi Arabia is Preparing for a War With Iran

The U.S. government has approved an $11 billion deal to sell Saudi Arabia four advanced warships, officials said Tuesday, amid mounting regional tension. Saudi Arabia is preparing for a war with Iran it knows it is coming as a result of Obama’s Iran Deal.

Saudi Arabia is modernizing its eastern fleet, which faces off against Iranian forces across the oil-rich Gulf.

The four ships, based on the U.S. Navy’s littoral combat ship, are relatively small but designed to be fast and maneuverable in shallow water and to pack a punch.

The statement from the Defense Security Cooperation Agency said it had notified the U.S. Congress of the State Department’s decision and was awaiting final approval.

The agency said the sale would “improve the security of a strategic regional partner, which has been and continues to be an important force for political stability and economic progress in the Middle East.”

Saudi Arabia is preparing for a war with Iran it could not possibly avoid as Iranian expansionism was not an item Barack Obama negotiated in his Iran Deal.

Its main gun is the 76mm OTO Melara, built in Italy, but the main contract for the vessels will go to US arms giant Lockheed Martin.

The sale, if approved as expected, comes amid a renewed arms race in the Middle East.

Russia has stepped up military support for Syria, a bitter foe of Saudi Arabia, and Saudi ally Egypt has agreed to buy two helicopter carrier vessels from France.

Saudi Arabia is Preparing for a War With Iran