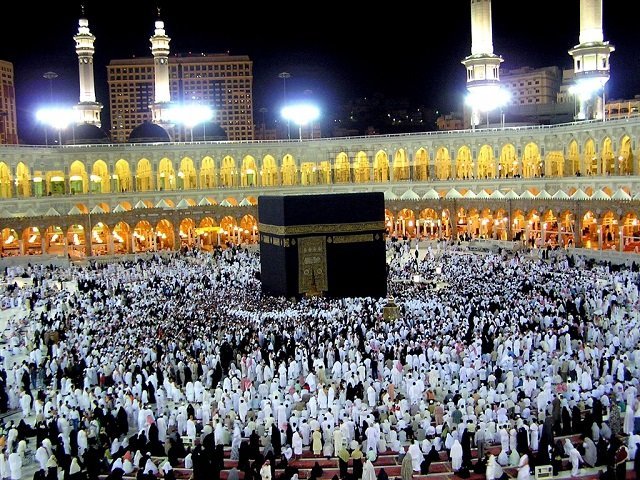 Does anyone believe that after the Russian-Iranian axis secures Syria, Saudi Arabia will not become the next big Russian-Iranian target? Russia has 18 months to reach its goals while Obama is taking a nap between golf rounds.

With Iraq fully cooperating with Syria, Iran, and Russia on intelligence, the Iranian axis extending to the Mediterranean has been secured thanks to Barack Obama and his ignorance. Who is going to dislodge Russia from the region? Who will dare unless the U.S. changes its Syrian policy by arming the Free Syrian Army rebels with Stinger missiles it could defend against hostile Russian jet fighters and helicopters sorties.

If we fear for the Stinger falling in the Islamist hands, then let us divert all commercial flights off the Syrian skies. If the rebels fail to win against Russia in Syria, Saudi Arabia is the next big Russian-Iranian target. Fools are those who will trust Putin for the empty promises he is making today to appease the West. Think of Soviet history being re-written by Putin’s history when he claims he won the Cold War after all. The glory is too much to resist for Putin.

For Iran, control of Mecca and Medina legitimizes their Wilyat al-Faqih  Islamic rule. Next to an atomic bomb, Mecca provides Iran with immense powers over a billion plus Muslims around the planet. Mecca fortifies and cements their ambitions for a Farsi Empire that stretches into Arabia and beyond. Between an atomic weapon Barack Hussein Obama just gave the Mullahs in Tehran the power to build and Mecca in their hands, Iran becomes an invincible power.

Saudi Arabia is next big Russian-Iranian target if Khamenei is smart. He has 18 months to accomplish this task before a new U.S. President re-affirms U.S. power in the region, which by then might be too late between Russia building several bases in Syria and Iraq and Iran in full control of Mecca.

For Russia, uprooting Wahabism it has faced in Afghanistan and Chechnya is long overdue even if another form of extreme Islamism replaces it.

While Obama is napping under a tree, Russia is taking over a region that traditionally has been under U.S. influence. With Obama unwilling to press for sanctions against Russia because of hollow promises made by Vladimir Putin that aim to defeat ISIS on his behalf, Russian troops will only become part of the permanent landscape in the Middle East.

Whether Saudi Arabia realizes how precarious its position has become is not known. How will al-Sauds respond is even more mysterious. Our guess they will beef up considerably the rebels in Syria to keep Russia and Iran busy fighting for the next 18 months until Obama and his damaging policies are out of the White House.