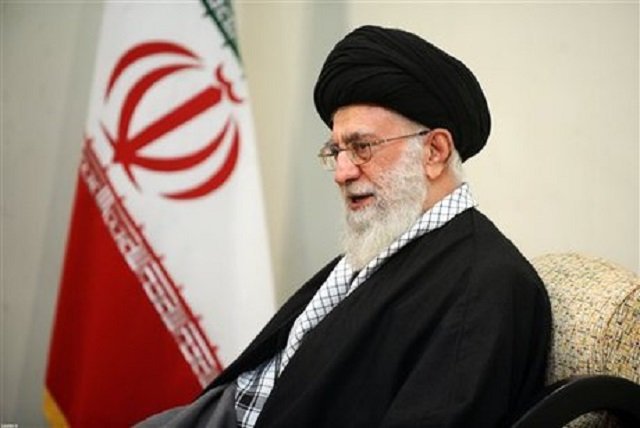 How Could Obama Intimidate the Iranian Parliament?

February 24, 2016 9:23 am 0
Iranian Belligerence in the Face of Cowardice
Arab Muscles Are Flexing Against Iranian Terror
Saudi Embassy in Iraq is Advance Warning on Iranian Activities

Supreme leader Ayatollah Ali Khamenei said Wednesday that Iranians want lawmakers who won’t be intimidated by the United States, two days before a key parliamentary election. How could Obama intimidate the Iranian Parliament? Our president is a feckless coward out to destroy America. not our enemy Iran.

This is how Khamenei covers for Obama’s real intentions by accusing him of something he will not do. Khamenei and Obama are on the same page when the rest of the world still thinks there is enmity.

Despite negotiations between Tehran and Washington that led to a nuclear deal and the lifting of sanctions, Khamenei has said there will be no further direct talks and no wider rapprochement.

“The people want neither a pro-government nor an anti-government parliament,” he said in Tehran.

“They want a courageous and devout parliament that knows its duties and is not intimidated by the United States.”

The remarks follow repeated warnings by Khamenei and other officials since the nuclear deal that Iran must guard against economic, social and cultural “infiltration” from the U.S.

The two countries broke off diplomatic relations soon after the Islamic revolution of 1979 which toppled a U.S.-backed monarchy led by Shah Mohammad Reza Pahlavi.

Some 55 million Iranians are eligible to vote in Friday’s parliamentary election.

On the same day, they will elect the 88-member Assembly of Experts, the committee of clerics who monitor Khamenei’s work and will choose his successor if he dies during their eight-year term.

The polls will be a crucial indicator of the future direction Iranians want for their country, pitting moderate and reformist candidates supportive of President Hassan Rouhani against conservatives who have opposed him.

The Iranian regime, with Obama standing on the sideline, has caused the death of 470,000 Syrian lives according to the latest and most accurate figures published by the New York Times.

How Could Obama Intimidate the Iranian Parliament?