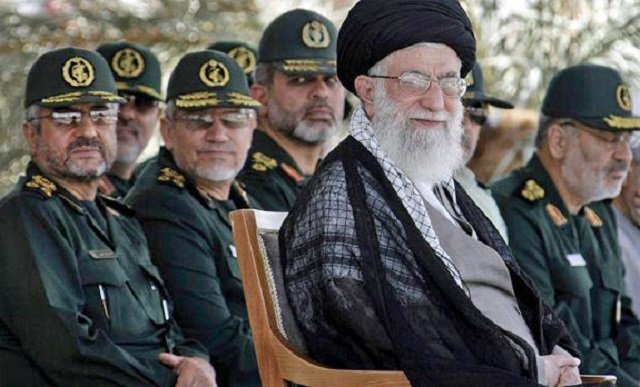 February 1, 2016 1:21 pm 0
How Could Obama Intimidate the Iranian Parliament?
Dead Palestinian is Worth $7000 to an Iranian Mullah
Obama’s Iran Deal Legitimizes Assad and Iranian Terror

Ever since King Salman bin Abdul Aziz ascended to the throne in January of 2015, Saudi Arabia’s number one priority, besides acquiring more and better weapons, has been to halt Iranian expansion into the Arab world. In response, the Sunni world is uniting fast against Iranian hegemony.

In Syria, Saudi Arabia has set aside its ideological differences with Turkey to build a Sunni-based Jaish al-Fateh (Army of Conquest), which united many fractional military rebel units into one cohesive army. Jaish al-Fateh successfully liberated the province of Idlib from the Assad forces until Russia intervened to halt its advances. Saudi Arabia and Turkey supplied the rebels with material and financial support to become a formidable force even Russia, today, with all its might is having limited success in defeating.

In Yemen, Saudi Arabia mounted a coalition of nine Arab countries to include Egypt, Morocco, and Jordan to defeat Iran. Within months, the Saudi coalition successfully dislodged The Houthis, backed by Iran, from Yemen’s major cities dealing the proxy bandits a deadly blow while simultaneously activating a maritime blockade to stop the flow of Iranian weapons.

When pro-regime Iranian thugs stormed and burned the Saudi Embassy in Tehran and the Saudi Consulate in Mashhad in retaliation for the execution of an agitator Saudi Shiite cleric, Saudi Arabia immediately broke all diplomatic relations with Iran. Other Sunni countries either followed suit or downgraded their diplomatic relations with Iran in support of Saudi Arabia. The Sunni unity is clear in this instance.

Besides a shopping spree for weapons the kingdom has embarked upon in 2015 and beyond, Saudi Arabia has also reinforced publicly the many strategic and military agreements it signed with majority-Sunni Pakistan, a nuclear power in its own right, to demonstrate its capacity to protect itself through strategic alliances. The excellent relationships both countries enjoy are so old that Pakistani pilots have helped Saudi Arabia repel a Yemeni incursion back in 1969.

On many occasions lately, the Pakistani Army Chief General Raheel Sharif announced the NATO-like relationship Pakistan enjoys with Saudi Arabia by making it plainly simple that any threats to Saudi Arabia will evoke a Pakistani response. This Sunni alliance threatens the very core of Iran, a nation which is wedged between the two Sunni powerhouses. That’s about 210 million people facing 78 million in Iran with far more resources and military capabilities to include no less than an army of 1.6 million soldiers between them both.

To complete the circle, Saudi Arabia is moving closer to Sunni Turkey. A recent meeting between the two foreign ministers showed signs of new forging of relationships. A “Strategic Cooperation Council” whose job initially is to coordinate on matters regarding Syria was formed and announced during that meeting. With Turkey’s prime minister visiting Saudi Arabia three days earlier to meet with King Salman, many analysts expect the relationships to mature to military and strategic agreements levels.

Besides the Sunni alliances and upgrading of relationships, Saudi Arabia has, also, quietly developed interim channels of communications with the State of Israel, based on their common enemy in the Iranian regime, to enhance their defensive positions in the region. Both countries suffer from one common disaster called Barack Obama, which brought them both closer to defend against Iranian hegemony and terror represented by the Mullahs in Iran, Hezbollah, and The Houthis in Yemen.

All the above happened in one solid year of King Salman’s rule. The king shed quickly Saudi reliance on American protection and power, and without hesitation demonstrated to not just Iran, but Russia and the world, that Saudi Arabia is capable of building powerful and enduring alliances to protect the Sunni world from Barack Obama and Vladimir Putin.