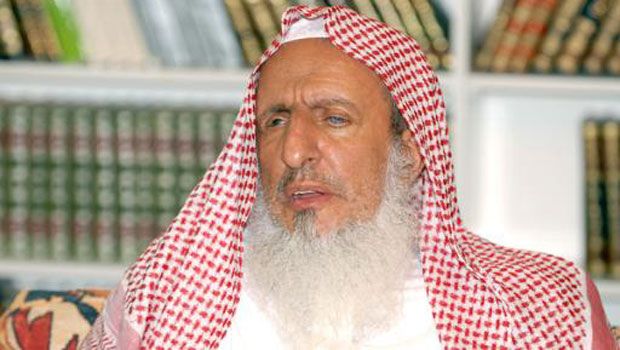 A Letter to the Grand Mufti Sheikh Abdulaziz Al-Sheikh

Source: The American Scholar – by Brian Doyle (A Letter to the Grand Mufti Sheikh Abdulaziz Al-Sheikh)

Thank you for the fits and paroxysms of laughter I have just enjoyed for the past 20 minutes, since I read of your stern and unflinching remarks about chess. I have not laughed that hard since a small boy of my acquaintance, in the space of a few moments, tried to put a peach up his nose, rode his family’s dog from the front door to the post box, and, when his mother remonstrated with him, reached into his pocket and produced a living, and apparently annoyed, Pacific banana slug (Ariolimax columbianus). I laughed so hard at this that my cheeks were sore for a week, but I have every expectation that your epic vapidity here will make my cheeks sore for a month.

If I am reading this right, you called chess a waste of time and money, and the work of Satan, and a cause of hostility between players, and other such hilarious mush. I can only speculate that either you do not play the game at all, and have never played it, to issue such fatuous and fatuitous blather; or that you are a terrible player, and have lost 8,000 games in a row, and that even goats beat you at the game with ease—not to cast aspersions on the goat community. Let us guess that your case is the former, because I would hate to ascribe bitterness of spirit to a man of the cloth, especially one who has devoted his life to a generally admirable religion, one that has given the world eyeglasses, guitars, and coffee.

You know, perhaps, that chess is thought to have originated in India, or possibly China, and then made its way to Persia, where it became so popular among Muslims that it spread through the world, even as your faith did; so that to ban the very game that accompanied Muslims for centuries on their travels out into the world is, at the least, disrespectful and dismissive of your own history and predecessors; and this is not to even count how many revered figures in your religion, such as Caliph Harun Al-Rashid, were themselves deft players and eloquent advocates for a game much older than Islam itself.

But perhaps you do not know, not having played the game, that it rewards creativity, and imagination, and vision, and patience, and wit, and empathy, and cogitation, and humility; and that it punishes the arrogant and the cocky and egotistical; and that it promotes admiration for the vision and imagination of others, which is a virtue, to see and celebrate evidence of divine generosity wherever it is revealed; and that it is a quiet and calm and serene game in a world of shout and shriek and sell and slaughter; and that it is a game that strips away social class and false authority and moneyed privilege, and lets the lamb defeat the lion, and the child reach for his or her own furthest stars; and that it costs no money, entails no violence, demands no uniform or membership or technology; and that finally it is a gracious and blessed way to channel the ancient human urge for war into a game that results not in blood and weeping, but in a handshake, a smile, and a wheedle for a rematch at the first opportunity.

I will assume, Your Eminence, that you were having a bad day—your back was sore, your minions recalcitrant, your bunions aflame—and you lost your learned head for a moment, and out slipped a particularly foolish remark. We all have days like that, and we feel bad the next day, and we retract the clunker grudgingly. Believe me, I know the feeling. So I will look forward to your statement eventually that you were a total dunderhead about chess, and don’t know anything about it, and that you retract the fatwa, and will accept what will be a thousand cheerful invitations to play, and that you are going to look at this whole misadventure as a lesson in humility, about which we can never learn enough, as, again, I know all too well.

Brian Doyle is the editor of the University of Portland’s Portland magazine and the author of many books, most recently the novel Martin Marten.

A Letter to the Grand Mufti Sheikh Abdulaziz Al-Sheikh

Normalizing Iran
Is a Free Kurdistan State Such a Good Idea Today?
Syrian Observer is an Extension of the Muslim Brotherhood
Opinions 796 Radicalism 547