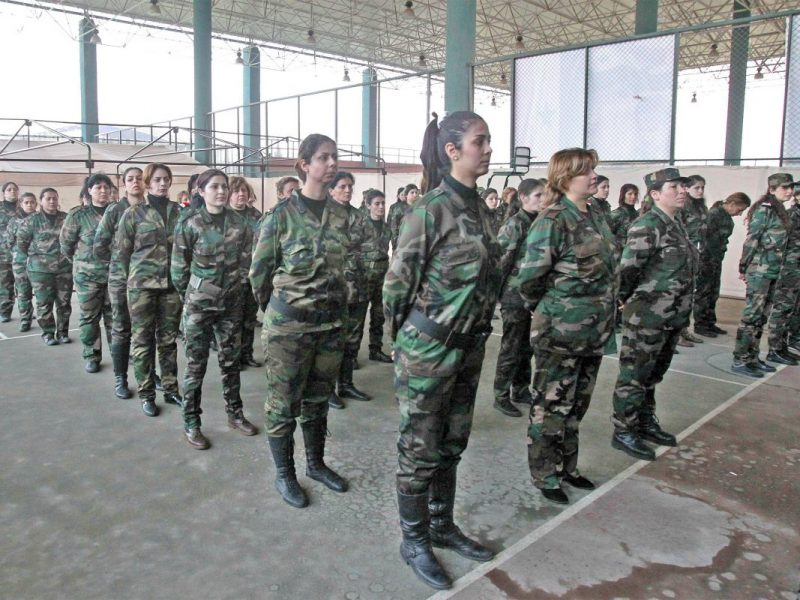 Of American Sacrifice and Syrian Lionesses

In order to get a sense of how American homemakers and women participated in the WWII effort to win the war, just peruse quickly any number of posters the Smithsonian corralled on their website (Quite an interesting collection). Of American sacrifice and Syrian lionesses.

On the surface, it looks like civic duty; in reality though, the US Government campaign to enlist everyone to participate in their own ways to win a war had but one intention: Participatory action to boost morale. When people collectively sacrifice for a higher cause, the sacrifices become a uniting factor. Their unity crushes any domestic dissent to show the enemy resolve and determination.

During WWII, the US Government requested that items like nylons and grease, homemakers had access to in their homes, be rationed for the manufacture of parachutes and bombs. When a whole society, in unison, participates in the war effort, it has a much higher chance of winning. Regardless whether nylons and grease were need or not as an American sacrifice.

This brings me to the subject of the new all-women militia the Assad regime recently formed. It named the militia the “Lionesses for National Defense”.

Many writers and pundits assumed that this is because of shortage of men when the reality is far from it. This is an active participatory action to boost morale, to crush any domestic dissent, and to unite the minorities the same way Franklin D. Roosevelt united Americans, during WWII, with rationing.

There are approximately 2.5m minority men in a population of some 5m (Alawites, Christians, and other). Even if one assumes 25% are body-able to fight, Assad has the supply to sustain the fighting.

The Lionesses also aim to show the regime will fight to the bitter end. More importantly, this action aims at uniting a society under siege and fearful of the future. Especially, because Saudi and Qatari-backed extremists have the capabilities to win because of numbers and regional support.

Of American Sacrifice and Syrian Lionesses

Next Possible Trump Resignation? Nikki Haley
The Obamization of Donald Trump on Syria
Syrian People Suffering Because Nobody Lobbies For Them
Opinions 957 Syrian Revolution 1351