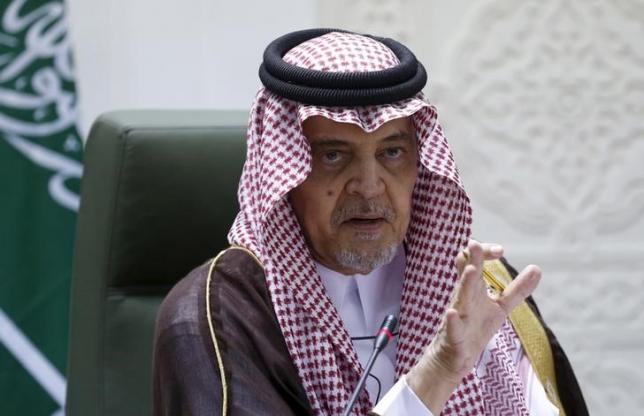 Prince Saud, who was 75, was the world’s longest serving foreign minister when replaced on April 29 by Adel al-Jubeir, the then-ambassador to Washington. The Al-Arabiya channel, which is close to King Salman’s branch of the ruling family, confirmed the news.

More than likely, Prince Saud will be buried next to his father King Faisal bin al-Saud who ruled between 1964 until his murder on March 25, 1975. Two weeks after his assassination, the civil war in Lebanon began.

Prince Saud retained an influential position in Saudi foreign policy circles even after his replacement, serving as an official adviser to King Salman, who took power in January, and was sometimes present when foreign leaders met the monarch.

Even before the 2011 Arab Spring, when Saudi Arabia faced unprecedented regional tumult, Prince Saud was a significant player in Middle East diplomacy, a landscape that had changed radically since October 1975 when he was appointed.

Egypt and Israel had not yet made peace, Yasser Arafat led the Palestine Liberation Organisation from shell-pocked refugee camps in Lebanon, Iran’s shah ruled from his Peacock Throne and, in Iraq, a young Saddam Hussein was plotting his path to power.

Rest in peace Saud al-Faisal. No one backed the Syrian people like you did when Assad and Iran were slaughtering women and children by the thousands.