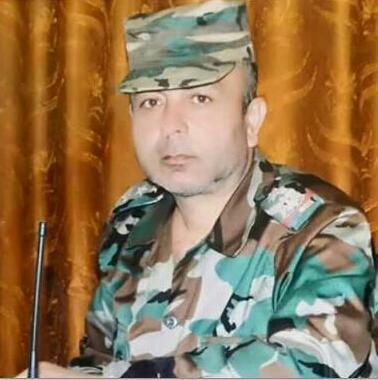 July 10, 2015 7:03 am 0
The Arab world’s wealthiest nations are doing next to nothing for Syria’s refugees
Syrian defectors reveal horrors of life under Bashar al-Assad’s regime in reminder for West to ‘not just focus on fighting Isis’
America, Meet a Syrian Refugee Tuesday Night

TFS Note: The Air Force Intelligence is Assad’s own monster creation. It has been groomed to carry out the most assassinations, tortures, and tyranny against the Syrian people. This assassination will serve a notice to the Assad regime that its criminal elements have no place to hide.

In what may be one of the highest-profile assassinations since civil war broke out in 2011, a senior official in Syria’s most powerful intelligence service was found shot in the head, opposition sources claimed Wednesday.

The body of Maj. Gen. Nadeem Shallah, head of the Damascus branch in the Air Force Intelligence Directorate, was found in his car in the Syrian capital’s al-Hamra street, Israeli media quoted unnamed Syrian sources as saying.

The circumstances of his death were not made immediately clear and no official government source confirmed the report.

The Air Force Intelligence Directorate (Idarat al-Mukhabarat al-Jawiyya) owes its power in part to the fact that former president Hafez Assad was once air force commander, and later turned the air force intelligence service into his personal action bureau.

Shallah’s Damascus branch is the largest within the organization. Among his responsibilities, Shallah was charged with overseeing Iranian missile shipments intended for the Syrian Air Force.

He was also charged with coordinating between the Revolutionary Guards’ Quds Force commando unit and Hezbollah’s special ops units.

Gilad estimated that after over four years of civil war various Sunni-dominated anti-regime militia groups have seized most of the country and that Assad can now claim only a fraction as his own — which may one day became an enclave for the minority Alawite sect under his rule.

On Thursday, the UN reported that more than four million Syrians have fled the conflict ravaging their country to become refugees in the surrounding region — a million of them in the past 10 months alone.

More than 230,000 people have been killed in Syria since anti-government protests erupted in March 2011, precipitating a civil war pitting pro-regime forces, rebels and jihadist groups against each other.

In addition to the millions who have fled Syria, 7.6 million have been displaced inside the war-torn country, “many of them in difficult circumstances and in locations that are difficult to reach,” UNHCR said.